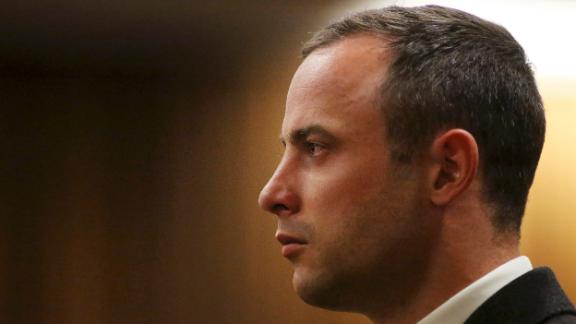 JOHANNESBURG -- Oscar Pistorius' murder trial began a new phase Monday when the Olympic athlete arrived at a state psychiatric hospital for a monthlong evaluation whose terms have been described by some as favorable to the double-amputee runner.

Pistorius, who killed girlfriend Reeva Steenkamp in his home last year, sat in the passenger seat of a black sedan and spoke on a cellphone as he arrived behind a police van at Weskoppies Psychiatric Hospital in Pretoria, the South African administrative capital.

The judge who will deliver a verdict in the case asked the hospital to determine whether Pistorius had a mental disorder at the time of the shooting, which could affect whether he should be held criminally responsible.

Pistorius must arrive by 9 a.m. and can leave by 4 p.m. each weekday, and has weekends off under an order from Judge Thokozile Masipa. Pistorius, who is free on bail, has been staying at the upscale Pretoria home of his uncle.

Pistorius' outpatient status troubles some experts who say 24-hour observation is common in state psychiatric facilities. In the evenings, nursing staff can get additional insights into a patient's mental state that complement formal questioning and other tests during the day, the experts say.

"There is a benefit" to the after-hours observation, said Lee-Ann Hartman, a clinical psychologist who has worked in state psychiatric facilities.

Masipa's instruction came after a psychiatrist testified that Pistorius, who has said he feels particularly vulnerable because of his disability and long-held worry about crime, had an anxiety disorder that could have contributed to his shooting of Steenkamp on Feb. 14, 2013. The judge was responding to a prosecution request for an independent inquiry, based on concern the defense would argue Pistorius was not guilty because of mental illness.

Prosecutors allege that Pistorius killed Steenkamp intentionally after a late-night fight, but the athlete says he mistook his girlfriend for a dangerous intruder hiding in a toilet cubicle when he shot her multiple times through the door.

There is a long waiting list for observation cases at state psychiatric hospitals, and Pistorius' assessment will be faster because he does not need a hospital bed, said Gerhard Grundling, chair of the Clinical Psychology Forum, a South African group. He said the observation likely will include blood tests and possible brain scans and that more specialists, including a neurologist, can get involved as needed.

Additionally, in such observations, social workers gather "collateral information" in interviews with friends, family and others, according to Grundling.

Other trials had been delayed for nearly a year because of patient backlogs at state mental health facilities, said Jack Bloom, an opposition member of the provincial legislature.

"Everyone should be equal before the law, no matter how famous," Bloom said, urging authorities to explain the runner's "preferential treatment" as an outpatient receiving speedy observation.

The high-security Weskoppies hospital was called the Pretoria Lunatic Asylum long ago. Accounts described crowded, unhygienic conditions and staffing shortages there during the 1899-1902 Anglo-Boer war, though conditions later improved.

In the 1950s, two medical experts at Weskoppies wrote in South Africa's medical journal that it was undesirable to house criminal suspects together with mentally ill patients who had not been charged with any crime, but noted the advantage of 24-hour scrutiny.

"Under these conditions," they wrote, "any attempt to evade criminal responsibility by simulation of mental disorder is fraught with extreme difficulty."