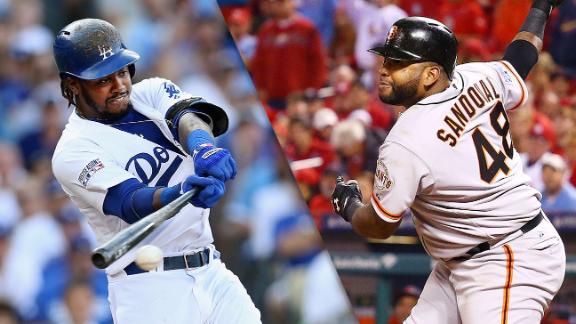 BOSTON -- The Boston Red Sox reportedly have come to terms with Hanley Ramirezon what is expected to be in the range ofa five-year, $90 million agreement, FoxSports.com reported Sunday.

Ramirez was set to arrive in Boston on Monday to finalize terms of the deal, according to the report.

Several major league sources, however, told ESPN that the deal between the Red Sox and Ramirez is not finalized and is for greater than the terms that are being reported.

Adam Katz, Ramirez's agent, declined comment Sunday night, and numerous Red Sox officials did not respond to requests seeking confirmation. Ramirez, who turns 31 on Dec. 23, has primarily played shortstop through the course of his 10-year career but has also told teams he would be willing to make a position change.

Ramirez originally projected as a fallback plan for the Red Sox, in the event they were unable to sign the switch-hitting Pablo Sandoval, who reached an agreement with the Red Sox Monday, sources told ESPN, after choosing among offers from the Red Sox, San Francisco Giants and San Diego Padres. All three offers were believed to be for five years and at least $90 million.

Previous reports had suggested the Seattle Mariners, among other clubs, also expressed interest in Ramirez, 30, who batted .283 with 13 home runs and 71 RBIs the past season.

Ramirez, who rejected the Los Angeles Dodgers' $15.3 million qualifying offer earlier this month and became a free agent, will certainly be appealing to teams who survey a thin market for hitters. Ramirez won the 2009 batting title and led the NL with a 1.040 OPS in 2013 (among hitters with at least 300 plate appearances).

Ramirez's defense at shortstop has suffered in recent years, which makes it highly implausible the Sox would give up on 22-year-old shortstop Xander Bogaerts, who is regarded as highly as Ramirez was after he signed with the Red Sox in 2000, as a teenager in the Dominican Republic.

The Red Sox already have a logjam in the outfield, though, with potential starters in Yoenis Cespedes, Rusney Castillo, Mookie Betts, Shane Victorinoand even Allen Craig, with Jackie Bradley Jr. potentially in reserve. The signing of Ramirez to play the outfield would suggest the Sox are making plans to trade an outfielder, with Cespedes, who is a year from free agency, a leading candidate.

Should the Sox sign both Ramirez and Sandoval, it also would raise questions regarding their pursuit of pitcher Jon Lester, who is expected to command a six-year contract well in excess of $100 million. The Red Sox have roughly $50 million under the luxury tax threshold with which to sign players in 2015, but making commitments of around $300 million to just three players would seem to put the Sox right back where they were in 2012, when they traded Adrian Gonzalez, Carl Crawford and Josh Beckett to the Dodgers.

Lester continues to make an exploration of the market for his services. Last week, the Sox made an initial offer to Lester, who subsequently paid visits to the Chicago Cubs and Atlanta Braves. Six teams expressed interest in Lester at the GM meetings two weeks ago, according to an industry source. The Royals, Cardinals and Blue Jays were all said to have expressed at least preliminary interest in Lester, and always lurking in the background are the New York Yankees.

Ramirez has battled a series of disabling injuries (back, shoulder, thumb, hamstring and oblique strain) in the past four seasons.

Still, Ramirez is a very good hitter (.817 OPS the past season, .873 for his career), which is why the Red Sox met with his agent, Katz, at the GM meetings and remained in contact.

Since he became an everyday player in 2009, Sandoval has posted an .809 OPS, which ranks eighth among everyday third basemen in that span. He ranks sixth in OPS-plus (adjusted to his home ballpark), with 24. This season, he had an OPS of .739, which ranked eighth in the majors at third base, though that number was .793 after May. With 16 home runs, he also tied with Adrian Beltre for seventh among third basemen, and his defense is above-average.

The Red Sox have made big Thanksgiving week moves before -- most notably their trades for Curt Schilling in 2003 and Beckett in 2005, a deal that, incidentally, cost them Ramirez in a trade with the Florida Marlins.

Information from ESPN.com's Mark Saxon was used in this report.