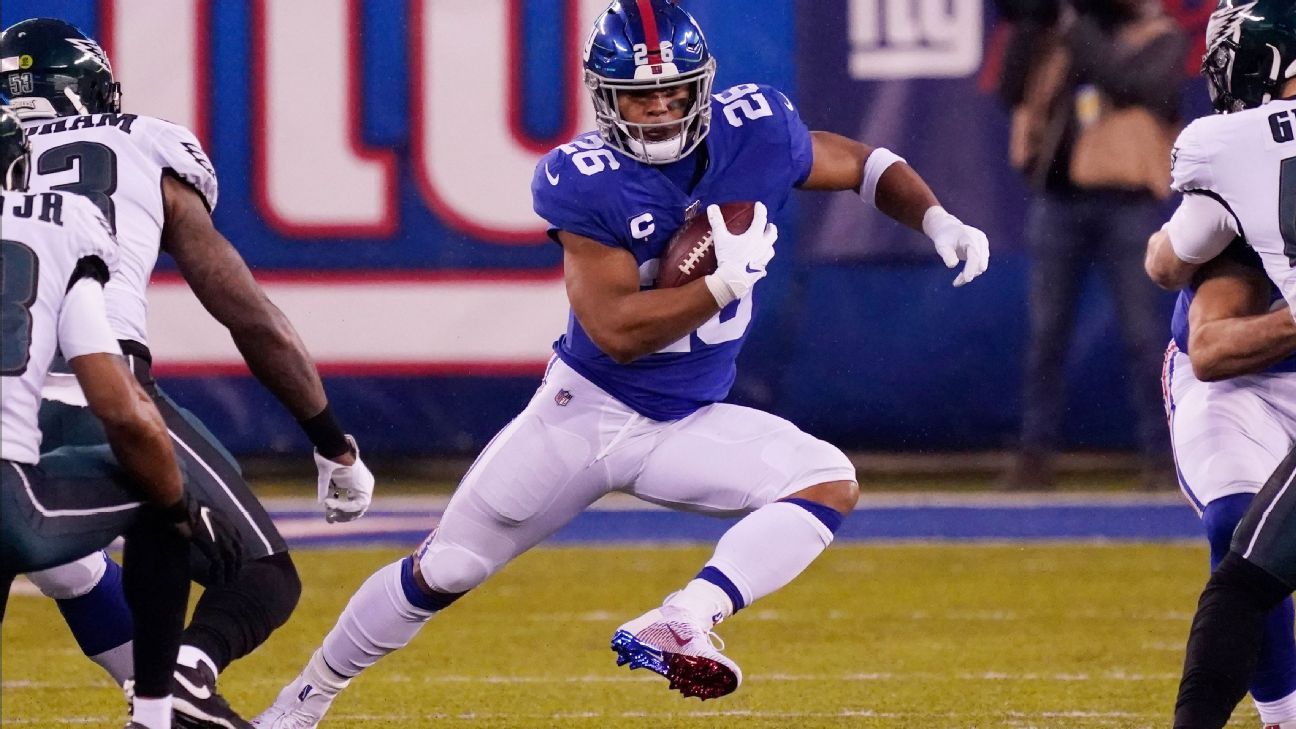 EAST RUTHERFORD, N.J. -- The New York Giants' Saquon Barkley was shut down for the better part of three quarters. But all it takes is one lapse for him to make his mark. Barkley burst through the right side on the first play after a Philadelphia Eagles touchdown and had open space. He put his arm in the air to celebrate some 40 yards before the end zone. He knew it was over.

The star running back, who had 11 carries for 10 yards up until that point, raced to the end zone for a 68-yard touchdown. He hit 21.89 miles per hour, per Next Gen Stats. It was his the fastest recorded time of the season, and the second fastest of his career. He hit 21.91 miles per hour last year on a long touchdown run against the Redskins.

Barkley's 68-yard run was the longest rush allowed by the Eagles this season. They had six games where they allowed fewer than 68 total rushing yards. It was Barkley's ninth run of at least 50 yards since he debuted last season, four more than the next closest player.
Report a correction or typo
Related topics:
sportsespn2019nflnew york giants
Copyright © 2021 ESPN Internet Ventures. All rights reserved.
More Videos
From CNN Newsource affiliates
TOP STORIES