ESPN
By Mark Saxon
NEW YORK -- When the San Francisco Giants got the slimmest of leads in the race for the National League's final wild-card spot about 10 days ago, it turned out to be a season-ending mistake by the team they were jostling with, the St. Louis Cardinals. It may also have unleashed something devastating on every other team still competing for a World Series ring.

It's October and it's an even year.

"The Giants got a little momentum going and we've seen them do that plenty of times," Cardinals infielder Matt Carpenter said.

The San Francisco Giants are at it again, trying to add a 2016 title to a 2014 title, a 2012 title and a 2010 title. Is there a pattern here? The latest wrinkle isn't even a new wrinkle. Once again, the Giants have to survive a winner-takes-all wild-card game, on the road, to get to their goal. Two Octobers ago, they went into an absolutely rollicking PNC Park in Pittsburgh and, behind Madison Bumgarner's complete-game shutout, beat the Pirates 8-0.

"I remember just walking in from the bullpen in Pittsburgh and thinking and taking a second to look around, because even 10-15 minutes before the game, it was rocking," Buster Posey said. "I expect it to be the same here tomorrow."

New York Mets fans might want to consider trying something new to get Bumgarner a little rattled Wednesday in an 8 p.m. ET National League wild-card game on ESPN: eerie silence. Making a lot of noise and yelling nasty things at him doesn't seem to work. Bumgarner has a 0.60 ERA in postseason road games, the best mark of its kind in baseball history.

It's not like he's bad at AT&T Park. Bumgarner is 7-3 with one save and a 2.14 ERA in 14 postseason games. It's almost as if October baseball games are his native habitat. He has been pitching in the World Series since a couple of months after he turned 21.

"I think, like a lot of great athletes and pitchers, he is just really good in the moment," Giants manager Bruce Bochy said. "They're such good competitors. They don't let the game itself, the magnitude of the game, bother them."

In the four years of the one-game wild-card format, the team that starts the more-experienced starting pitcher has won seven of the eight games. The lone exception was the Giants in 2014, when Bumgarner, in his fourth full season, easily out-pitched veteran Edinson Volquez. If the Mets are to buck that trend, they'll at least have Noah Syndergaard's 2015 October experience in their corner. He made four postseason starts and had a 3.32 ERA, including a strong outing in Game 3 of the World Series.

Mets manager Terry Collins was asked Tuesday what can be done to slow down the Bumgarner Express in October. The only thing he could grab onto was using Bumgarner's aggressiveness against him, where that's possible.

"Like all great pitchers, he throws strikes," Collins said. "So, the one thing you've got to go up with is a little bit of a plan. Try to get something you can handle and don't miss it. Don't foul it off. Put it in play."

For much of August and September, the Giants seemed to be playing themselves out of postseason contention. But that doesn't just seem possible when the year in question is divisible by two. The Giants rallied late, winning six of their last eight games, including their last four, to keep the Cardinals at bay. Needless to say, the Giants don't have much to say about the even-year phenomenon.

"Doesn't matter what number they call the year," Hunter Pence said. "It's right now and it's a game between the Giants and Mets, playing what we love to do, playing for what we dream about."

What's to be made of the even-year pattern? A lot of theories have been floated for the Giants' every-other-year dynasty. The most reasonable is that the extra innings burden on the pitchers tends to lead to a hangover effect the following season. In 2014, for example, the Giants piled 52 postseason innings on top of the 217 Bumgarner had already pitched in the regular season. Even that one is easily sliced and diced, though. Bumgarner's 2015 season was almost identical to his 2014 season. He pitched just one more inning, in fact. He said he wishes he had an explanation for the team's back-and-forth fortunes.

"There is no sense in having to take a year off after you've had that long season," he drawled.

Other than being able to throw one of the best pitchers in the game and one of the most ferocious competitors in sports at the other team, the Giants also present a few other matchup problems in October. They don't beat themselves, which sometimes feels like half the battle in loud, chaotic environments.

The Giants are one of the best-fielding teams in baseball. Their 70 defensive runs saved (DRS) ranked third in baseball and their infielders ranked even higher. They don't strike out much. They had the second-best strikeout rate in the majors. Six of the past 10 teams to reach the World Series finished in the top five of the majors in strikeout rate.

It's as if this team were designed by scientists somewhere to excel in the most pressure-packed games. Now it has been set loose on the world. 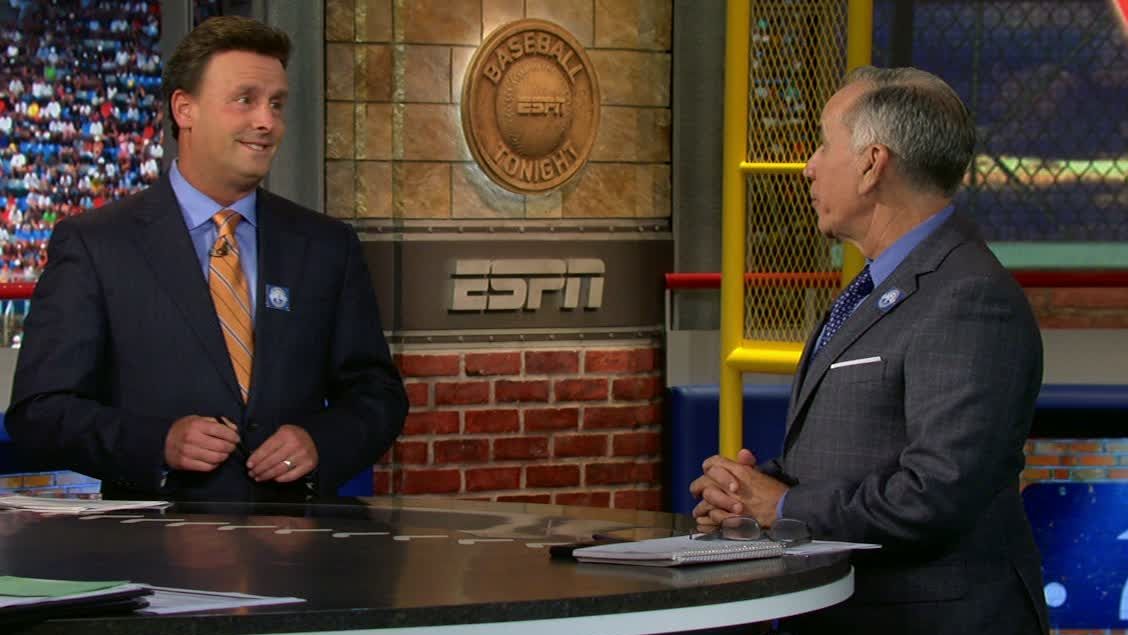