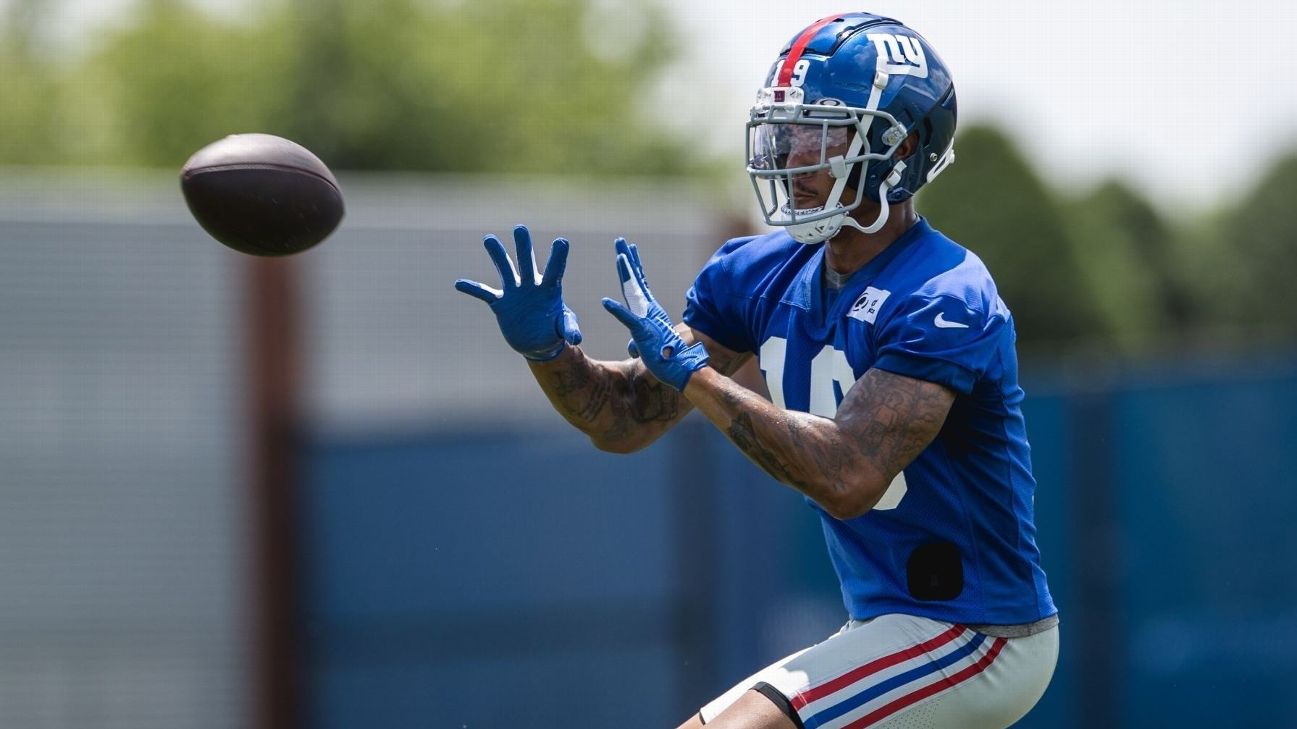 EAST RUTHERFORD, N.J. -- The New York Giants are "optimistic" about wide receiver Kenny Golladay's leg injury, a source told ESPN. Early indications are the injury is not believed to be serious.

Golladay, who was signed in the offseason, will undergo more tests Wednesday to determine how much time he might miss.


Golladay gingerly walked off the field during Tuesday's practice. He could be seen grabbing at the back of his left leg after making a reception and fumbling the ball on the first play of 7-on-7 drills.

Golladay, 27, seemed to have discomfort throughout the practice, the Giants' first padded session of the summer. He was seen stretching his legs at various times between reps.

If Golladay is sidelined for an extended period, it would be a serious setback for the team. He also struggled with a hamstring injury early last season that forced him to miss a couple game and during his rookie season.

The Giants also already face the possibility that star running back Saquon Barkley (knee) and tight end Kyle Rudolph (foot) might not be ready for Week 1.

Golladay signed a four-year, $72 million deal this offseason to be quarterbackDaniel Jones' No. 1 receiver. He was the big, contested-catch receiver the Giants thought they were missing in their offensive arsenal.


Jones and Golladay have been inseparable at training camp in order to develop chemistry, slipping in extra reps whenever possible during practices. They also got together away from the facility at points this offseason to ease the transition.

The Giants were hoping to hear good news after Golladay walked inside with a trainer before the on-field melee that abruptly ended practice.

"I mean, I don't want to assume anything," Jones said afterward of Golladay's injury. "Kenny's worked real hard, and I feel good about the progress we've made. So we'll keep working."

Golladay played only five games last season because of hamstring and hip injuries. He caught 20 passes for 338 yards and two touchdowns with the Detroit Lions. The previous season he led all receivers in the NFL with 11 touchdown receptions.