Taking a look at the AL Rookie of the Year finalists 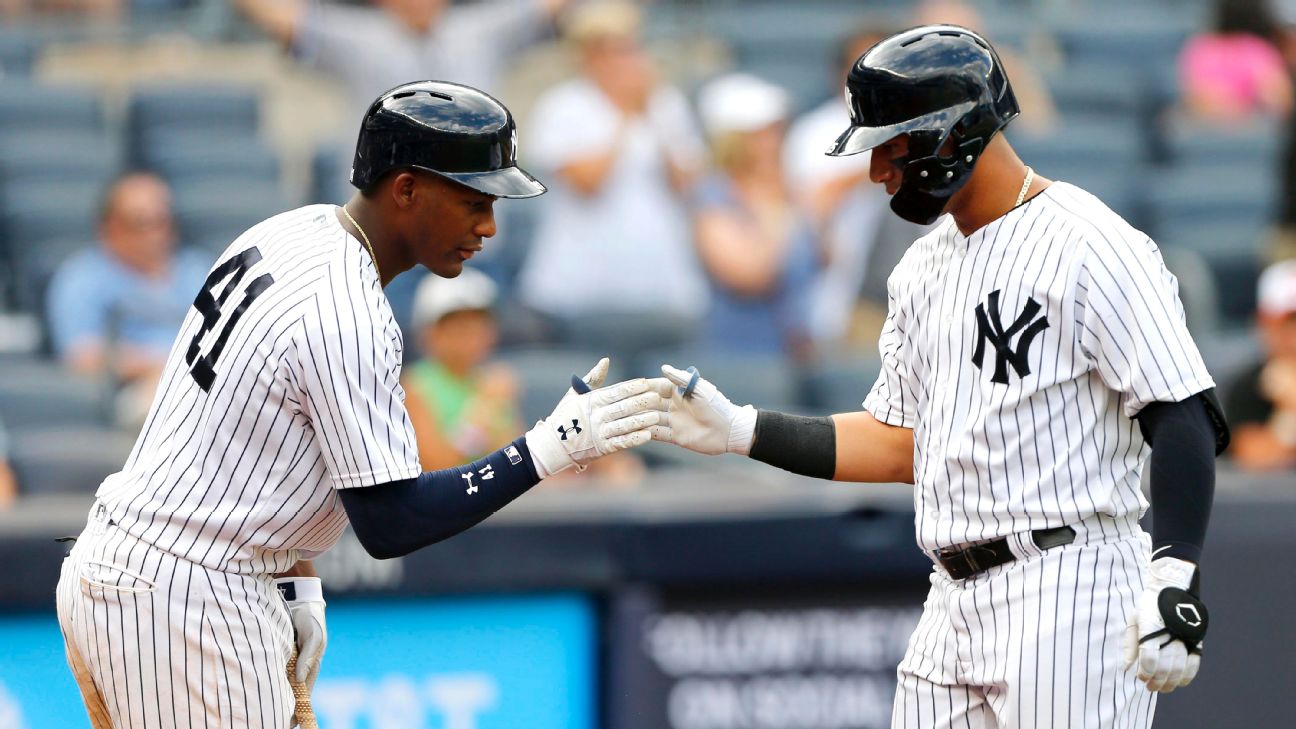 The Rookie of the Year winners will be announced Monday, and the American League has a particularly unique race among the three finalists. It features two players from the same team, Yankees Gleyber Torres and Miguel Andújar, and one player who did two things this year, then got hurt, and then excelled at just one -- Shohei Ohtani.

The atypical candidate is the one who may, at some point, change the game. Ohtani's rookie season began with promise of being the first full-time two-way player since Babe Ruth. The pitching side was shut down from early June through early September because of injury, then fully shut down after a Sept. 2 start. But he still made an impact with his bat.

Here's a look at the Angels star's profile:


Perhaps it should come as no surprise that the Yankees managed two finalists for the award. Yankees players have won nine Rookie of the Year awards, the second most of any franchise behind the Dodgers (18).

Each of the two Yankees finalists had their share of "youngest Yankees player" or "youngest since" notes to go around this season: