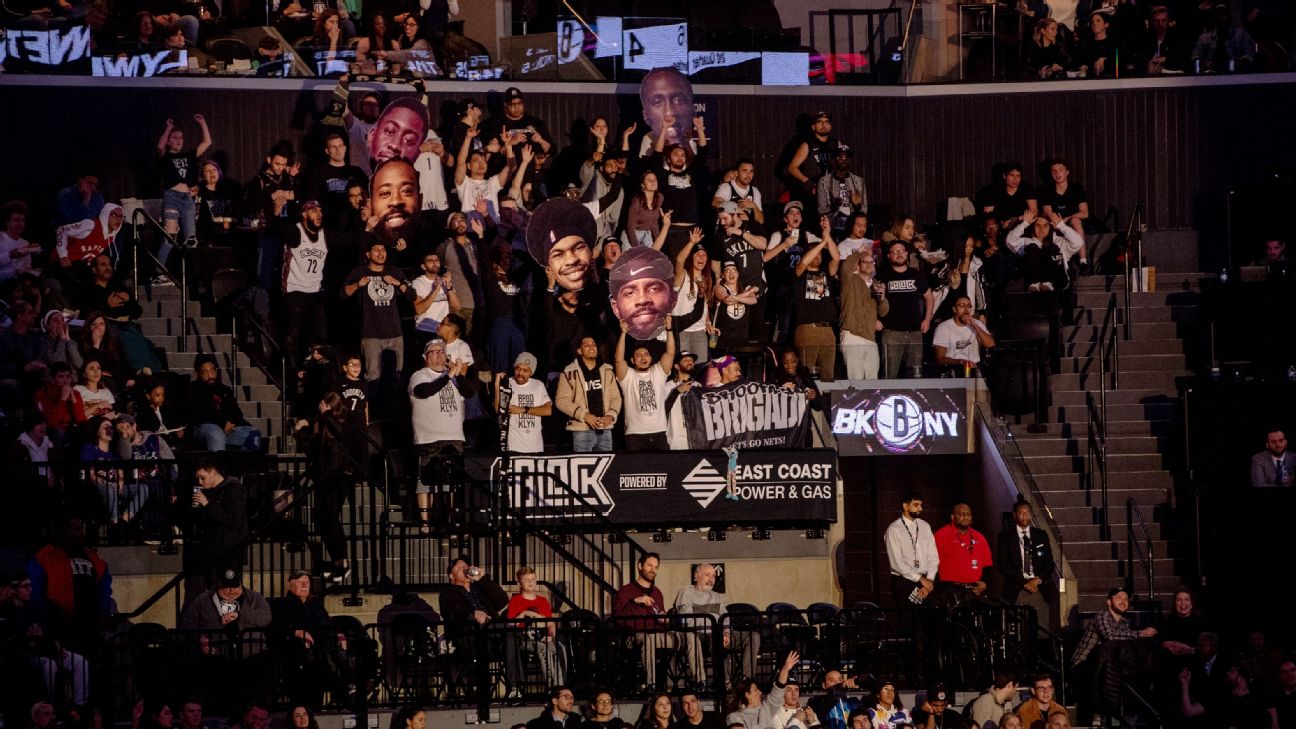 NEW YORK -- There are rules for sitting in Section 114 of Barclays Center.

There is no swearing. Derogatory language and offensive signage is strictly forbidden. Tickets cannot be purchased. If you have tickets, they cannot simply be given away -- they can only be exchanged with other members.

This is "The Block": a section of 96 fans sponsored by the Brooklyn Nets to exude rowdiness and vibrancy throughout every game.

"The Nets realized two or so years ago that they needed us," 32-year-old founding member Shane Gayle said. "Any games where we didn't organize this group ourselves, the energy was just dead."

Their list of credits reads like a trolling fan base's dream. In October, the New York Knicks were serenaded:"We got KD and Kyrie! You got Dolan!"In November, Brandon Ingram and the New Orleans Pelicans were pelted:"You got traded! LeBron didn't want you!"

They were responsible for starting "T-J WAR-REN" chants that echoed around the arena whenever Jimmy Butler went to the free throw line during one January game against the Miami Heat. Butler had just been fined $35,000 for fighting with Warren two days earlier.

"The main thing I notice is the funny s--- they say," Nets point guardSpencer Dinwiddie said. "They be talking aboutT.J. Warren. Personally, I love that. Some of the humor and overall rowdiness -- I really enjoy it."

Brooklyn is not the only NBA team to have sponsored fan sections. The Milwaukee Bucks have the Clutch Crew. The Houston Rockets have the Red Rowdies. The Atlanta Hawks have the 6th Man Section. The Indiana Pacers have two: Warren's Warriors and Turner's Block.

The Nets, though, reside in the largest market of teams that employ this approach.

The group was unofficially founded in 2012 by Ubong "Bobby" Edemeka. Edemeka, a portfolio manager, purchased a bundle of tickets for the Nets' Nov. 23 game against the LA Clippers and asked on a Nets blog if readers wanted to join him free of charge. Even though Edemeka said there was skepticism, 20 people showed up and the group sat in Section 3.

One game, they'd sit in the nosebleed section; another game, they'd sit close to the floor. Edemeka declined to tell ESPN the exact amount of money he spent on tickets for over the past five years, saying only it was well into the six-figure area. In exchange for the free tickets, fans had to pledge to toe the line of obnoxiousness with their cheering.

"We noticed the energy was a little stale," Gayle said. "It took a lot of work to get the arena to let us stand up at games. They used to tell us to sit down. Fans would complain to the ushers about us cheering too loud."

In 2018, the Nets officially adopted the section, changed the group's name from "The Brooklyn Brigade" to "The Block" and put sponsorship money behind it.

"If I had an arena where everyone was like Section 114, it would be like Cameron Indoor at Duke," Paul Kamras, the Nets' head of game entertainment, said. "These are the people who start cheering when the players get on the court for pregame, and they don't stop until the end."

During one game in early January, an unsuspecting couple wandered into the section looking for their seats. A security guard quickly informed them that they were in the wrong place and hustled them to a more genteel, languid area.

It wasn't possible that the man and woman had seats in Section 114 because to be a part of this version of the Brigade, fans are selected from an audition.

During a sweltering, too-humid-for-sleeves, New York day in August, 140 people showed up at Barclays Center to yell, scream and show their Nets pride at a cheerleader-style audition in front of a panel of nine judges -- five team employees and four superfans -- includingEdemeka.

There were more people who wanted to try out, a Nets spokeswoman said, but because the Nets had the judges and arena for only a few hours, the team had to cut off the number of applicants.

Upon entry, every patron was handed a numbered bib and a questionnaire: How long have you been a Nets fan? Who is your favorite player? Why are you a fan of the Nets?

Ultimately, 96 fans were selected to be members of the Brigade. The youngest is 12 years old. There are currently 110 fans on the waitlist to join, senior vice president of communications Mandy Gutmann told ESPN.

Stacey Murphy, 51, has been a member of the Brigade since 2018 and has been to two tryouts.

"This past year, we did hear that the auditions doubled," Murphy said. "I think it has a lot to do with the fact that Kyrie [Irving] and KD [Kevin Durant] came to town. It wouldn't have been the same turnout if they didn't join the team."

That is a long way from how the group started.

The Nets have not cracked the top 15 in NBA home attendance since moving to Brooklyn in 2012. Last season, the Nets were dead last. Even the Knicks, who haven't sniffed the playoffs since 2013, consistently rank in the league's top 10 in attendance. But now with superstars such as Irving and Durant, there is a reasonable expectation that the Nets' ticket sales will climb. 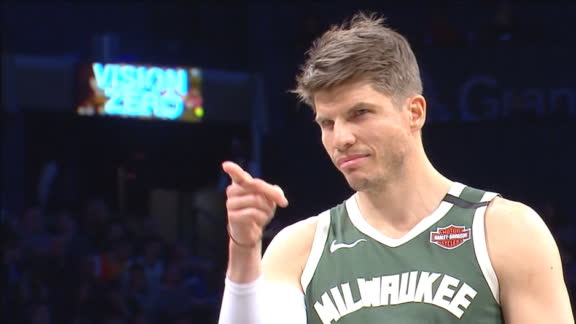 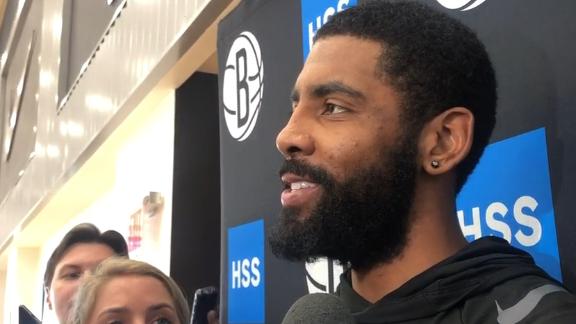