Will Yoenis Cespedes be a 'remember me' MVP for the Mets? 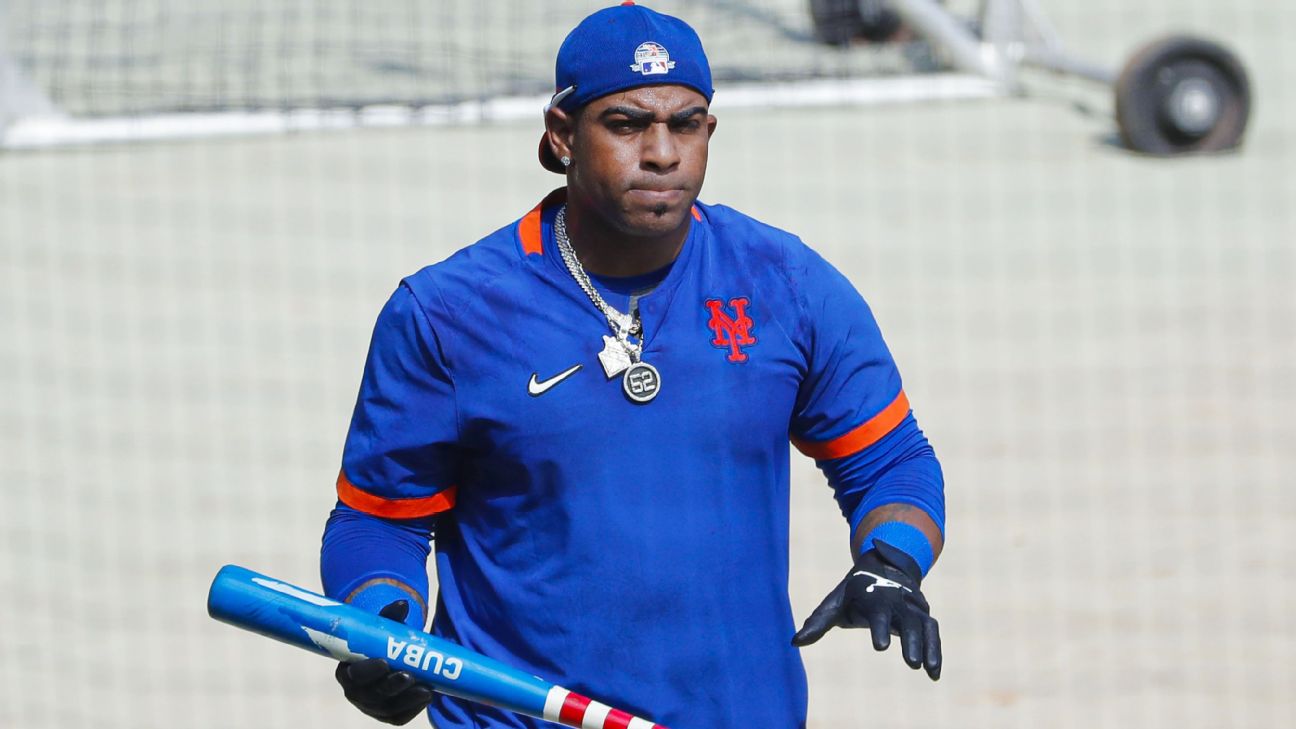 You can question plenty about some of the choices Yoenis Cespedes has made, but never his love of baseball.

Many Cuban players who defect from the island have harrowing accounts of crossing the perilous Caribbean waters in rickety homemade wooden vessels known as "balsas," or seeing people starve to death or get arrested time and time again for trying to depart their homeland in search of a better life.


Céspedes is one of them.

He has stories of sneaking around the vindictive Cuban police force, being imprisoned and branded a traitor. His eyes still well up when he talks about not being able to see his family, or his young son, for years. Or when he discusses his dealings with human trafficking and staring death in the face.

Coming to the United States meant so much more than baseball for Céspedes. That has made the past three years harder for him. Even his signature smile had disappeared.

Back in 2012, Céspedes, then 26, was a feel-good story. The Cuban national became the highest-paid player on Oakland's roster before playing a single major league game after signing a four-year, $36 million contract.

In Cuba, he had two nicknames, El Talento(The Talent) and La Potencia(The Power), and he lived up to both of them. He hit 49 home runs for the Athletics in his first two seasons after defecting from Cuba, and he became a two-time Home Run Derby champion.

Then A's exec Billy Beane did what Billy Beane does, acquiring ace pitcher Jon Lester by trading Céspedes to the Red Sox in 2014. After a short season-ending stint in Boston, the Red Sox made Céspedes the centerpiece of another trade for a starting pitcher, this time sending him to Detroit for Rick Porcello.

After that came the trade that changed everything for him. Just a few minutes before the July 31 trade deadline in 2015, the Mets acquired Céspedes from the Tigers for then minor league right-handers Michael Fulmer and Luis Cessa.


Céspedes flourished on New York's big stage in the heat of a stretch run, hitting 17 home runs in 57 games while helping the Mets to their first NL East title since 2006 and first pennant in 15 years. There was no storybook ending as the Mets lost the World Series to Kansas City, but after that thrilling introduction to baseball in the Big Apple, Céspedes decided to re-sign with the Mets. In the first year of his new deal, he finished a career-best eighth in National League MVP voting while hitting 31 home runs.

Yoenis Céspedes had it all: the youthful enthusiasm of Ken Griffey Jr., Ryan Howard's swing in a Bo Jackson-esque body. He had a Gold Glove, a Silver Slugger Award and a four-year, $110 million contract.

But when he was told to tone down the off-field antics and the injuries started to pile up, he became tabloid fodder in a hurry. Céspedes went from one of the most highly touted Cuban prospects in decades to, as he read in one of the tabloids, a $110 million disaster.

Since 2017, Céspedes has played only 38 games in a Mets uniform while suffering through a seemingly nonstop run of injuries. He had hamstring strains that kept him off the field for much of that 2017 season. In 2018, he had a hip flexor strain, then needed to have a surgical procedure to remove bone calcification from both of his heels. While rehabbing from that surgery, Céspedes suffered multiple ankle fractures in a reported run-in with a wild boar that is now part of the ill-starred Mets' lengthy injury lore.

And after all of those mishaps and the media mayhem they inspired, Cespedes' return to the majors might seem almost as unexpected as playing baseball in the age of the coronavirus. But he knew he had the strength to do so.

"My brain is my strongest muscle," said Céspedes, who can leg-press 1,300 pounds. "I think a big part of the motivation is the people who have been out there and have been saying that I can't do it. I'm going to prove that I can."

Céspedes admits he has made mistakes and he's always known fans could boo as loudly as they could cheer. However, the one thing he will not tolerate is anyone questioning his integrity as a competitor.


"I have heard it all. All the people talking, making fun of me, doubting that I can still play. That has been the most difficult part for me, but it has also become my main motivator," Céspedes told ESPN. "I am here to prove to myself, and to the Mets, that I can still be the same player. I am here to prove to myself that after two years and three surgeries, I can come back to the same level. The way I feel right now, I think I can accomplish that."

Céspedes' legs are not quite at their best, but he says he can improve and remain on the field for the entire season. The last time he played more than 37 games was in 2017, when he hit .292 with 17 home runs in just 81 games.

"[During the hiatus] I was working out seven days a week, waking up at 5 a.m., working hard every day to come back. I want to show my team and my organization that despite being away for two years, I can still play at the level I used to," he said. "I worked very hard to get to where I am today and the thing that clicked in my head was that I needed to prove to myself that I could do it."

He certainly proved himself capable on Opening Day at Citi Field on Friday by scoring the Mets' only run with a blast in their 1-0 win over the Braves. It was Céspedes' 164th career home run and his first in two years almost to the day. And while it will go in the books as a 406-foot blast to left field off Braves reliever Chris Martin, to Céspedes it was much more than that.

"That first home run meant a lot to me. That home run to decide the game was one of the top three of my career. To do that after three years and help my team win ... that meant a lot to me," Céspedes said. "So many people said so many things, good and bad, about me, but for me, that home run was a small sample that I can still get the same results that I had in the past. I waited almost two years for that moment, being able to return to the field, with my teammates, in New York City. It's a very special feeling."

Thanks to the addition of the DH to the National League for the shortened 2020 season, the Mets will get every opportunity to keep Céspedes in the lineup. And if the last note he hits in this fourth and final season of his deal makes Mets fans recall that stretch run in 2015, they can remember him for what he still can do, not just what he did for them then. 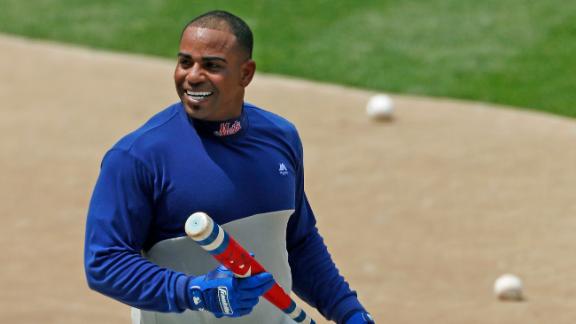