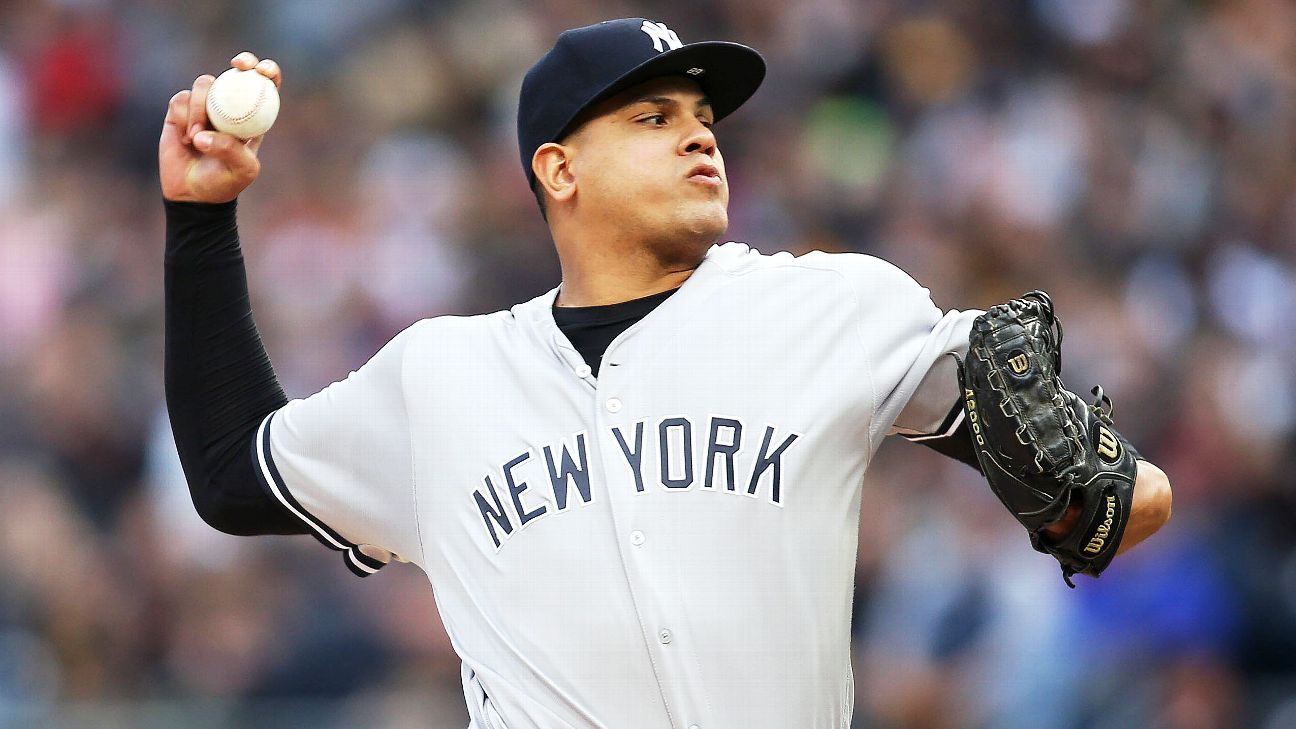 New York Yankees right-hander Dellin Betances made his season debut Sunday after being activated off the 60-day injured list.

Betances threw 2/3 of an inning during Sunday's 6-4 loss to the Blue Jays, throwing seven of eight pitches for strikes. He struck out Reese McGuire on a 95 mph fastball and got Brandon Drury to take three straight strikes, the last an 84 mph curveball. Betances hopped off the mound after the second out, mistakenly thinking it was the end of the inning.

He had not pitched in the majors this season due to injuries to his right shoulder and lat. He made his third rehab appearance with Double-A Trenton on Friday, allowing one run and two hits in one inning.

"Hopefully these couple final weeks of the season, he'll get some significant outings and continue to get built up and be a big part of what we do moving forward in the month of October," manager Aaron Boone said of Betances before Sunday's game.

Before the game, Betances said he had two weeks in the regular season to get ready for a potential postseason run with the Yankees.

Another Yankees pitcher made his season debut Sunday, as Jordan Montgomery pitched for New York for the first time since undergoing Tommy John surgery in June 2018.

Montgomery's outing was less successful, as he allowed three runs on four hits in two innings of work.

In related moves, right-hander Ryan Dull was designated for assignment and right-hander Jonathan Holder was transferred to the 60-day IL.