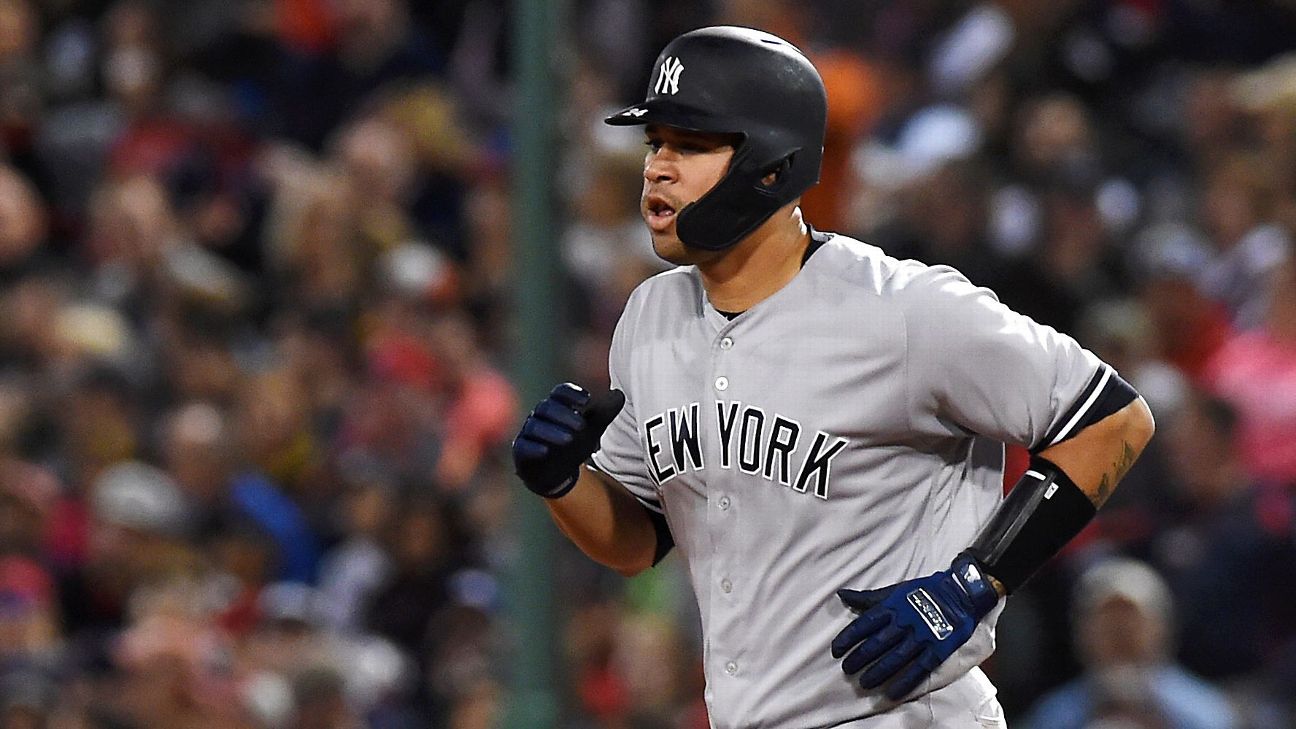 Thanks to a pair of towering Sanchez homers -- one that landed in the seats atop Fenway Park's Green Monster and another that cleared it, tracked at an estimated 479 feet -- the Yankees beat their rival Boston Red Sox 6-2 on Saturday night, evening the American League Division Series at 1-1.

The series now shifts back to New York for Games 3 and 4 on Monday and Tuesday.

"We all know he's capable of that," Yankees manager Aaron Boone said. "That's kind of what we've been waiting for to some degree, where he can take over a game on offense."

Sanchez, who went 2-for-5 with the two homers, four RBIs and a pair of strikeouts, dominated the Yankees' stat line. It was the second time this year that he had a two-homer, four-RBI game against the Red Sox. He also did so on April 11 in an early-season game at Fenway Park.

As he led off the second inning of this most recent game, facing a pitcher he has owned throughout his career, Sanchez got going by lining a ball into the seats atop the 37-foot, left-field wall. The solo blast was his sixth in 15 career regular season and postseason at-bats off David Price.

"The pitch to Sanchez was down and away, but he was leaning out there, get the head out and hit it out of the ballpark," Red Sox manager Alex Cora said.

The three-run moonshot broke the game wide open, making it 6-1. It went down as the second-longest postseason homer in the Statcast era (since 2015). Last October, Willson Contreras hit a 491-foot homer for the Cubs.

Sanchez's second homer was also the longest Yankees postseason homer of the Statcast era, besting Judge's first-inning homer that had just overtaken the top spot on that list. Judge's homer was hit 2 feet farther than the one Giancarlo Stanton had in Wednesday's wild-card game at Yankee Stadium.

"I mean, everybody knows that Judge has way more power than me," Sanchez said, speaking through an interpreter. "I don't have to tell that to anybody. But a homer is a homer. And if we have the opportunity to score runs like that, even if it's 300 feet, I'll take it."

With his two-home run night, Sanchez joined Yogi Berra as the only other Yankees catcher to hit multiple homers in a playoff game. Berra had two in Game 7 of the 1956 World Series.

"I definitely did not know that. But I can tell you it's an honor to be mentioned in the same sentence as him, a legend of baseball," Sanchez said. "It's an honor to me."

Between home runs, Sanchez got into a spat with Red Sox reliever Ryan Brasier over Sanchez's repeated attempts at stepping out of the batter's box during his fifth-inning at-bat.

At one point, Brasier was so angry about Sanchez's delay tactics that cameras caught him telling the catcher to "get back in the f---ing box." Sanchez eventually did. That plate appearance ended with him swinging and missing at a 97 mph fastball.

"The reason why [I called timeout] was because my hands were a little numb from a foul ball," Sanchez said to ESPN's Buster Olney on the field after the game. "I saw he mentioned something to get back in the box, but you know things like that will happen in a game. So, no big deal."

Sanchez's sudden offensive explosion came at a time he needed it the most. He just endured a difficult regular season. It was one in which he batted .186 and had two disabled list stints due to groin injuries. He also led all major league catchers this season in passed balls with 18.

"I saw that he was laying off pitches that were just off, and he was able to hold up on check swings, and it just seemed like he was locked in at the plate," Yankees outfielder Aaron Hicks said. "If he's doing that, he's going to be a dangerous hitter."

Despite the struggles Sanchez had during the regular season, Judge has seen Sanchez putting in recent work to improve.

"He's been swinging the bat well. From his cage work to his [batting practice], he's been seemingly locked in," Judge said. "You know he's a big part of our offense. We've known that all year, and you hit a couple homers in the postseason, it doesn't matter what you do in the regular season." 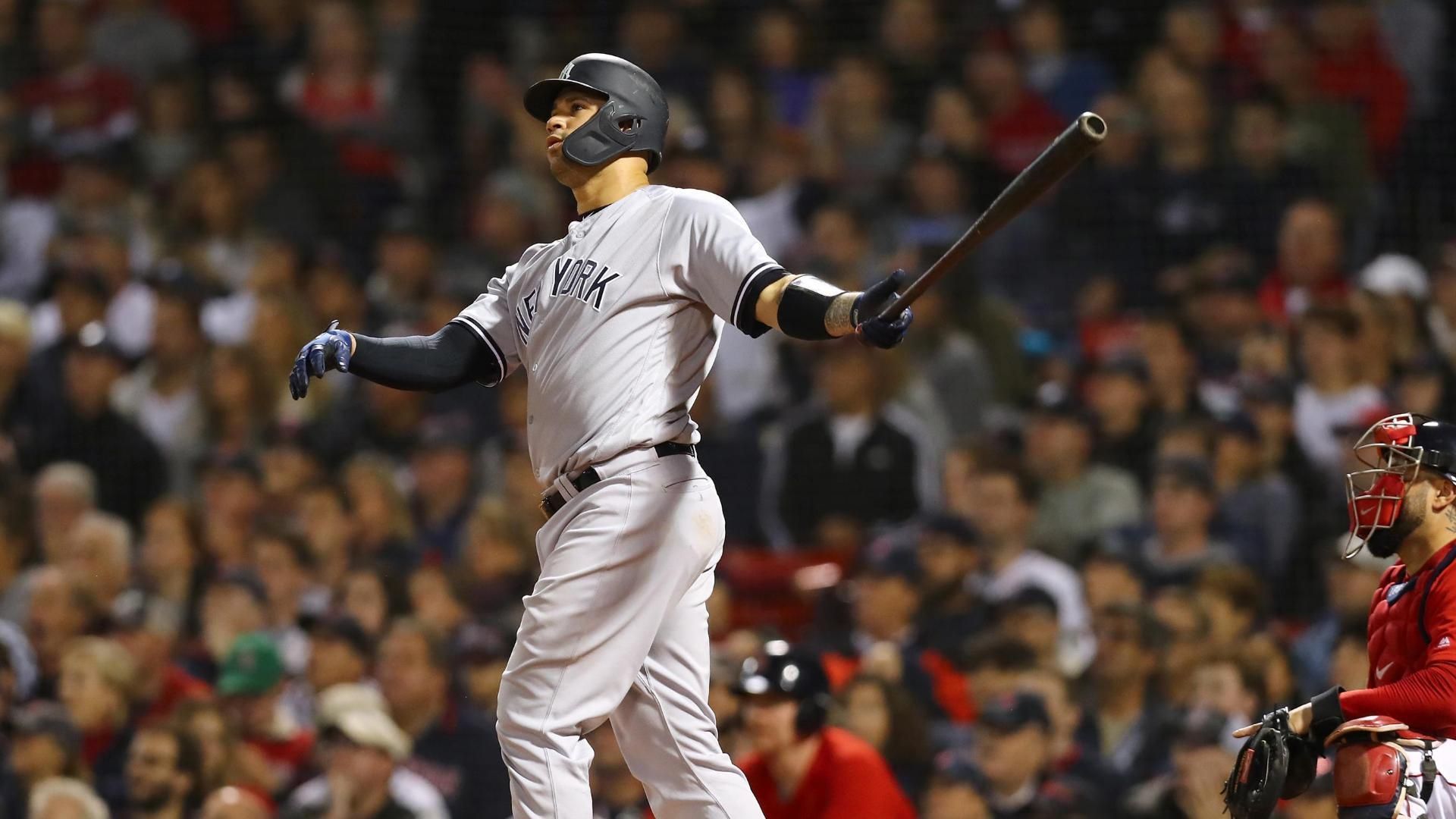