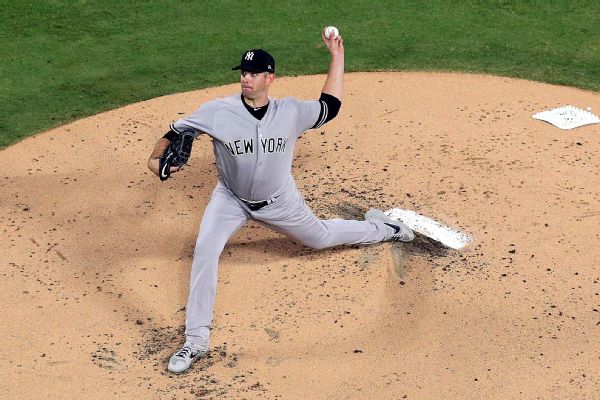 ARLINGTON, Texas -- New York Yankees left-hander James Paxton was removed from Friday night's start against the Texas Rangers after one inning because of a tight muscle in his buttocks, but manager Aaron Boone said after the game he doesn't believe it's anything serious.

Injuries have been an issue for the Yankees all season. Right-hander Luis Severino just returned after missing all but the final two weeks of the season with right rotator-cuff inflammation. Slugger Giancarlo Stanton is also among the 30 players who have spent time on the injured list.

"When I was warming up, I felt a little bit of tightness there, a little discomfort," Paxton, 30, said after the game. "I think I could have kept going, but they wanted to play it safe and just have me completely rested for what comes next."

The 15-game winner gave up a two-run homer to Danny Santana before finishing his only inning with a strikeout of Rougned Odor. It was Paxton's final start before the playoffs for the American League East champions.