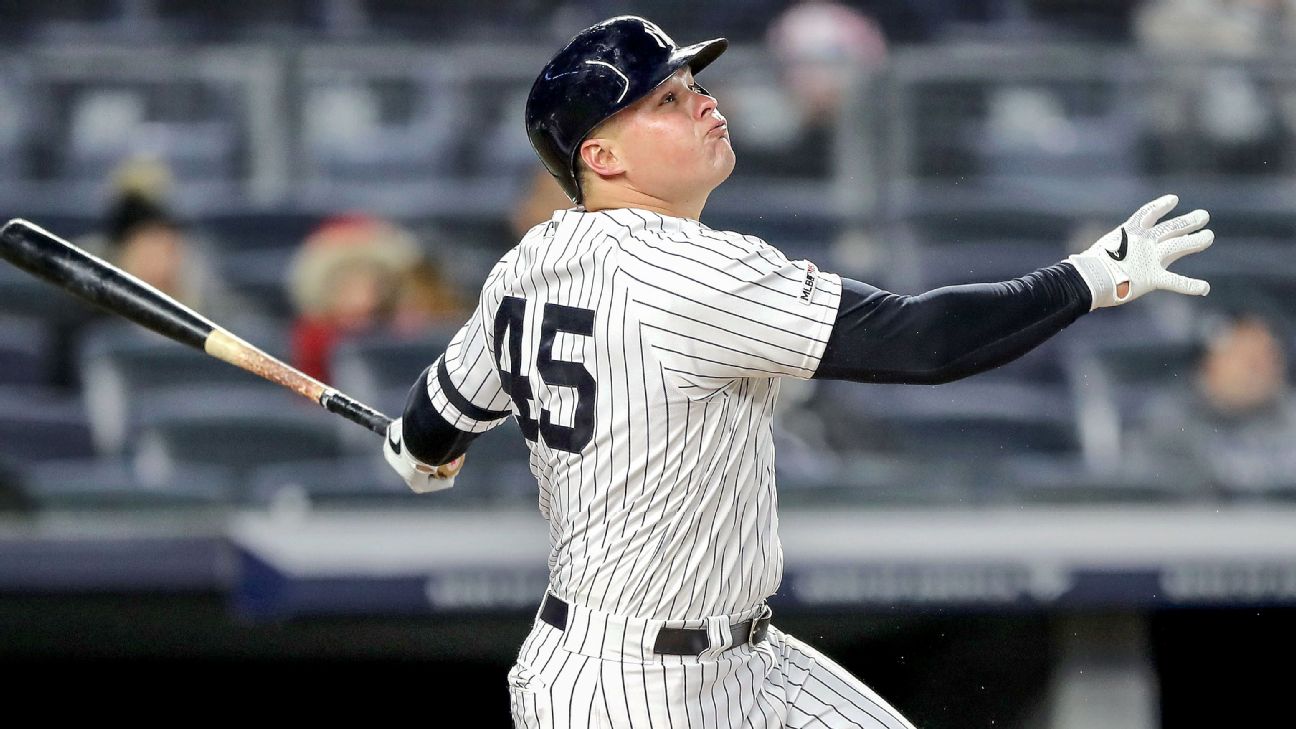 "Since we've gotten him in the trade last year he's been a great player for us -- period," New York manager Aaron Boone said.

The move is retroactive to Sunday, a day after Voit got hurt. Edwin Encarnacion started at first base Tuesday night in the Subway Series opener against the Mets at Citi Field.

Encarnacion has primarily been used at designated hitter since he was acquired from Seattle. He began the night leading the AL with 24 home runs.

The team thinks Voit can return against Toronto during the weekend right after the All-Star break.

"Even the Sunday game in London, he was out doing his ground balls -- it felt pretty good," Boone said. "But when we did the MRI and there was a low-grade strain in there, just feel like it's something that we don't want him to hurt any worse."

Voit, 28, became the 21st player to go on New York's injured list this season, one more than last year. He is the 14th Yankees player currently on the list, which includes outfielder Giancarlo Stanton and pitchers Luis Severino and Dellin Betances.

First baseman Mike Ford was recalled from Triple-A Scranton/Wilkes-Barre to replace Voit on the roster. Ford has hit .179 with one homer and two RBI across 28 at-bats in the big leagues this season. 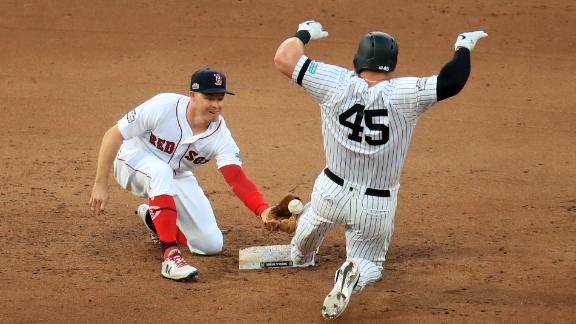 7 On Your Side Investigates coronavirus and race; Zip code check
More than 5,400 deaths in NY, but hospitalizations down
How the coronavirus pandemic is impacting mental health
Some states more successful than others at staying home, data shows
'If I did it, you can do it:' LI woman, 90, beats coronavirus
Show More
Death toll tops 1,200 in NJ; Parks ordered closed
How do we restart life after coronavirus?
'We are not there yet,' NYC mayor says, but also sees hope
How international travel left NY vulnerable to coronavirus
Earl Graves Sr., founder of Black Enterprise magazine, dies
More TOP STORIES News