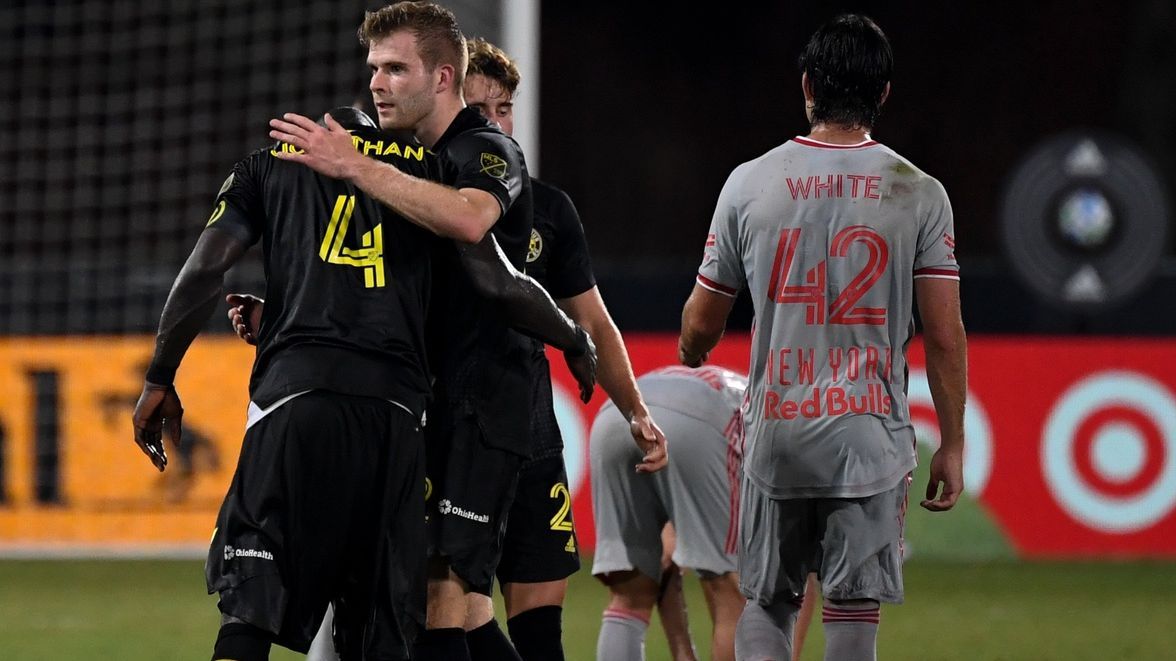 Gyasi Zardes and Lucas Zelarayan scored as the Columbus Crew defeated the New York Red Bulls 2-0 on Thursday to advance to the knockout stage of the MLS is Back Tournament at the ESPN Wide World of Sports near Orlando, Fla.

The Red Bulls (2-1-1, 7 points in the regular season) had no shots on goal in seven total attempts.


- MLS is Back Tournament group standings

- Stream MLS Is Back LIVE on ESPN networks, ESPN app (U.S. only)

The top two teams from the six groups and the next highest third-place finishers qualify for the knockout stage. Group E play will be completed when the Crew play Atlanta United on Tuesday and the Red Bulls meet Cincinnati on Wednesday.

Crew goalkeeper Eloy Room was injured in the 88th minute, but the Columbus had used all five substitutes. He stayed in the game, including 11 minutes of stoppage time. Zardes became the 36th player in MLS history with 70 goals.


He also joined Brian McBride as the only Crew players to score in the first four games of the season. Pedro Santos took a throw-in from Chris Cadden and dribbled through a gap to find Zardes in stride behind the back line for a first-touch, left-footed strike.

The Crew had 61.8% of the possession in the first half but failed to extend the lead. Zardes had a break and gifted an open net for Derrick Etienne Jr., but the former Red Bulls defender badly struck the ball wide in the 30th.

Ten minutes later, Red Bulls goalkeeper David Jensen made a lunging left-handed save of Santos, pushing the ball just enough to send it off the post and out.

Etienne made amends two minutes into the second half when stripped Amro Tarek at midfield and sped down the left flank.

Etienne made a cutback pass to Zelarayan at the top of the circle, and the Argentine midfielder scored from 22 yards for his third goal of the season to make it 2-0.

Youness Mokhtar nearly made it 3-0 with a highlight-reel effort in the 76th minute, dribbling at the top of the box to find space and chipping a shot that cleared Jensen but was denied by the crossbar. 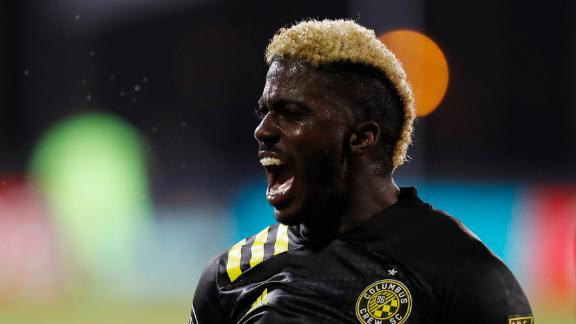