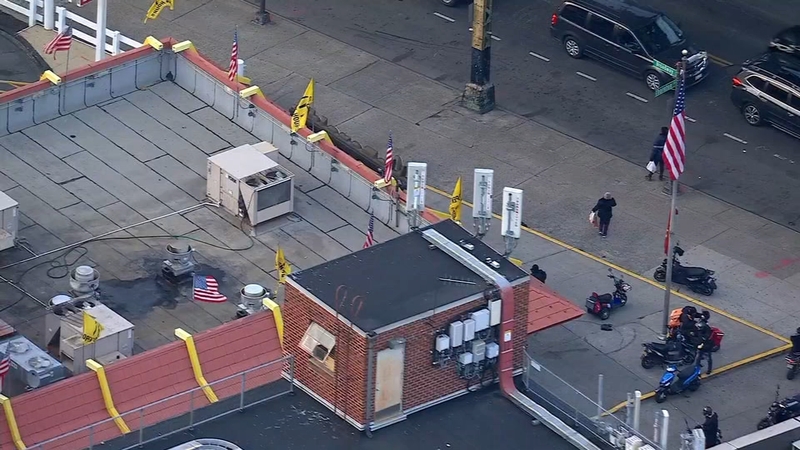 4 people stabbed during fight with teens inside NYC subway station

BROOKLYN, New York (WABC) -- Several people were stabbed during a fight with a group of teenagers inside a subway station in Brooklyn Tuesday.

Police say the incident happened at the Flushing Avenue subway station on the platform of the J/Z train line around 3:20 p.m.

The four victims got into a physical fight with an unknown group of male teenagers.

The case of 62-year-old Guiying Ma, killed after she was randomly attacked with a rock, is now being reinvestigated as a possible hate crime. CeFaan Kim has the details.

The victims all walked to Woodhull Hospital, which was nearby. All the victims are in stable condition.

It's unknown what caused the fight.

No descriptions were released of the suspects.

So far, no arrests have been made and the investigation is ongoing.