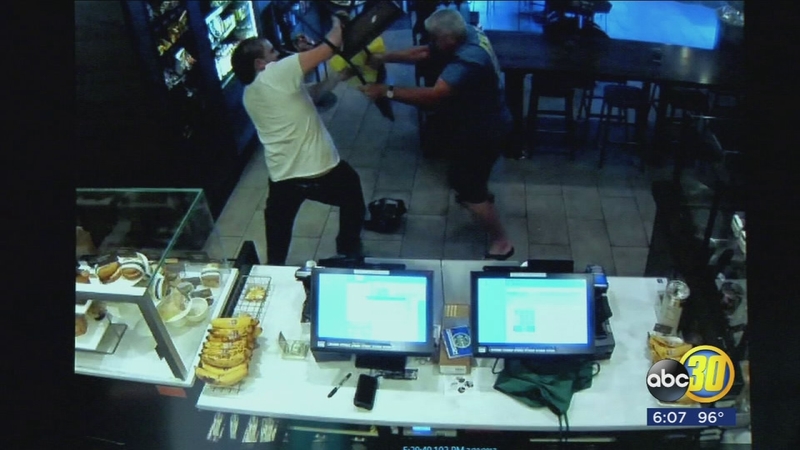 FRESNO, California -- Newly released surveillance footage shows the moment a customer takes on an armed robber at a Starbucks in Fresno, California on Thursday evening.

Investigators said the suspect, Ryan Flores, walked in with a knife and a toy gun demanding money from a barista. That is when Cregg Jerri saw what was happening and hit Flores in the back with a metal chair. The two then began fighting on the ground where Jerri was stabbed in the neck-- fortunately he is expected to be okay.

Fresno Police Chief Jerry Dyer said, "It's not something we recommend. In this case it was a good outcome-- no one died as a result of this incident, but very well could have. But nonetheless, he's a hero-- there's no question."

During the fight, Jerri managed to wrestle the knife away and stab Flores several times before he ran away.