Bystanders, NYPD jump into action to save two trapped in burning car on Staten Island 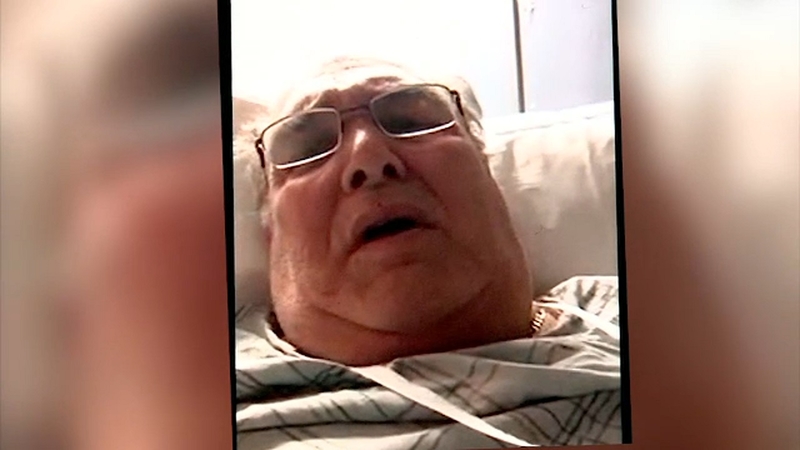 Bystanders, NYPD jump into action to save two trapped in burning car on Staten Island

OAKWOOD, Staten Island (WABC) -- It was an incredible act of bravery and heroism after two NYPD officers and two bystanders jumped into action to save two people trapped in a burning car on Staten Island.

Jim Tucciarelli, 67, was driving home Saturday night when he saw a vehicle in flames. He heard crying from the woman in the front passenger seat, and immediately went to rescue her.

"I'm not a hero or anything. We're human beings - anybody would do that," said Tucciarelli

Tucciarelli says the vehicle was starting to fill up with smoke.

As he was carrying her out, another neighbor arrived to help.

"My faith in humanity has been restored. My neighbor who is not even well himself, literally pulled her out on his own," said Kim Schwartz.

Once the passenger was safely out, Tucciarelli tells Eyewitness News he raced back in for the woman's boyfriend, who was unconscious in the driver's seat.

"I was able to reach in and unbuckle the seatbelt. Flames coming through floorboard, vehicle starting to fill up with dark smoke. I was starting to choke. I couldn't breathe - I had to get out of the vehicle," said Tucciarelli.

Thankfully, that is when an officer arrived, broke open the window, got the smoke out, and rescued the driver.

Residents in the Oakwood section of Staten Island complain that the sharp s-turn along Mill Road is treacherous. They would like to see a speed bump or speed cameras slow down the drivers.

The car burst into flames moments after the couple got out.

Both the victims and the Good Samaritan were rushed to the hospital, where they remained Sunday night.

Tucciarelli says he hopes to be home in time for Thanksgiving.

"I got a lot to be thankful for this year, and I want to spend it with my family," he says.