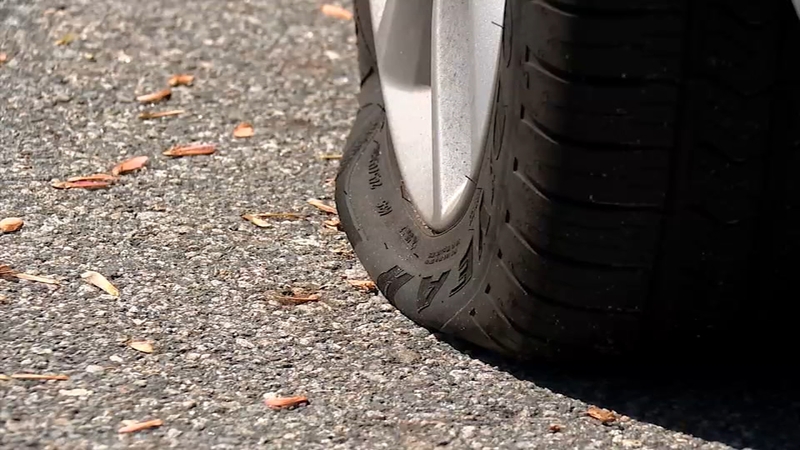 TEANECK, New Jersey (WABC) -- Police in Teaneck are searching for the person or persons behind a string of tire slashings earlier this week.

At least six incidents happened overnight Monday in the area of Robinson Avenue between Madison and Decatur avenues.

"We never had nothing like this happen around here before," victim Winston Wallace said.

In each case, both driver's side tires were slashed. And only cars parked on the street were targeted.

"I just came outside to police and everything like that," victim Jasmine Wallace said. "And I was just livid."

Residents were shocked at the crimes in a relatively peaceful area.

"The neighborhood is too quiet, there's a lot of people retired," victim Edward Coplim said. "So why they do that?"

Some say the tire slashings may have been in retaliation, after neighbors called police about an all-day party at a new neighbor's house that went too loud and too late.

"But then when it gets so late at night, turn the music down a little bit," Winston Wallace said. "Think of other people."

Area resident Nikhi Barr-Robinson did not have his tires slashed because he was at the hospital doing a good deed, taking a neighbor to dialysis from 7 p.m. to 4 a.m.

Yet another neighbor doesn't believe it had anything to do with a loud party, because he said this isn't the first time it's happened.

"I came out in the morning, I see my car tires slashed," he said. "That was maybe two months ago."

Victims said the damage cost them hundreds of dollars to get fixed.

Authorities are encouraging people to check surveillance camera or doorbell camera footage from the past 48 hours for any signs of suspicious activity.

Anyone with information or video is urged to contact Crime Stoppers or the Teaneck Police Department at 201-837-2600.