HOUSTON, Texas -- After a high-speed chase, Texas law enforcement arrested the man seen taking in a tiger spotted roaming loose in a Houston neighborhood Sunday. However, the tiger is still missing.

Multiple police sources identified the man as 28-year-old Victor Cuevas. Cuevas, who is currently out on bond on an unrelated murder charge, is known to possess several exotic animals.

The search for Cuevas began Sunday when he drove off with the tiger just as police arrived to question him about the situation. On Monday night, he was taken into custody to the Fort Bend County jail.

He was supposed to turn himself in at 8:15 p.m. at the Harris County jail. Instead, Cuevas' lawyer said Houston police picked him up at his mother's house and took him to the Fort Bend County jail.

Cuevas' lawyer, Michael Elliott, was furious as he talked to the media Monday night.

"Fifteen minutes before he leaves to surrender, (the Houston police) go and arrest him, and the result is they get to keep him there for 10 days now," Elliott said.

Elliott said the tiger is not his client's but that he knows the owner. He added that he and his client were apparently working with authorities to locate the tiger and the owner.

WATCH: 'It's not his tiger' Attorney of alleged tiger owner says

"There's a lot of misunderstandings and miscommunications and a lot of things put out there falsely that's very troubling," Elliott said. "First off, The Houston Police Department here. I know they're trying to do their job. Everyone wants to know about the tiger and their safety. Make no mistake, there's no crime of having a tiger in the state of Texas."

In the City of Houston, there is an ordinance that says you can't have a tiger. But, as Elliott points out, it is a civil matter, not a criminal matter.

How this all happened

On Sunday, Houston police responded to a call about a tiger in a neighbor's front yard. When officers arrived, the alleged owner was loading up the tiger in his Jeep.

"The owner put the tiger in a white SUV and drove off from the scene, there was a brief pursuit, and the man got away with the tiger," said Houston Police Department (HPD) Commander Ron Borza, who focuses on animal abuse cases for the department. "My main concern right now is focused on finding him, and finding the tiger, because what I don't want him to do is harm the tiger. We have plenty of places where we can take the tiger and he can spend the rest of his life."

Video of the incident shows off-duty Waller County Sheriff's Sergeant Wes Manion coming to the aid of his neighbors, and trying to keep the tiger at bay. Moments later, a man in a white shirt emerges from his house and grabs the tiger by what appears to be a collar.

"An individual came out and said, 'Don't kill it, don't kill it,'" recalled Manion, who also lives in the area. "I didn't know who this individual was, told him to get in the house. He stated that was his tiger, and I instructed him to take his tiger back inside, which he did."

HPD believes the man in the white shirt was Cuevas, who later put the tiger in his white Jeep Cherokee and fled from the home at a high rate of speed.

Officers attempted to pursue the vehicle but eventually lost sight of it, according to tweet from HPD.

On Monday morning, both HPD's Animal Cruelty Unit and Houston's Bureau of Animal Regulation and Care (BARC) were investigating the incident. A sweep of the house yielded no additional animals.

However, our sister station KTRK-TV reviewed multiple Instagram videos and pictures on Cuevas' account which indicated he is no stranger to exotic animals. The videos show him playing with a baby bear, feeding it with a bottle, and giving the bear kisses in his home. There are also videos of at least two monkeys. Cuevas is seen taking one monkey with him while he was having dental work done, and taking another monkey to a convenience store, where the clerk was not pleased. In addition, several videos show Cuevas cuddling with a young tiger.

Police say even though it is against city regulation to keep a tiger, this particular tiger does appear well fed.

WATCH: HPD reveals the tiger's owner has been out on bond in a murder case

The murder charge tied to Cuevas involves an alleged shooting at a strip shopping center in Fort Bend County. According to records, Cuevas is accused of shooting and killing a man in July 2017 and is out on a $125,000 bond.

KTRK spoke with Cuevas' attorney on the matter. He said his client is up to date on all court appearances as it relates to the murder charge.

Meanwhile, back in the west Houston neighborhood, Cuevas and his girlfriend are described as living a quiet, fairly secluded life.

"They didn't bother anybody," neighbor Jorge Ramos said. "They are very private, I have to say."

He said this is not the first time he's seen a wild animal at the residence.

WATCH: Neighbor once saw monkey at home where tiger was seen roaming

"I did notice one time, and this is something interesting, that I was walking by my driveway. There was a capuchin monkey that showed up in the window," Ramos recalled. "I figured, 'OK, this is a small animal. It could be domesticated.' But I never thought they would hold a tiger in their house."

While Houston for the most part may be a sprawling cosmopolitan city, we've had our fair share of tiger instances.

In May 2019, a tiger was found caged in a southwest Houston garage.

Houston police arrested the former owner, Brittany Garza, who at the time faced animal cruelty charges. She told KTRK at the time that she had raised the tiger, whom she called "Rajah," since he was a cub. But once Rajah started getting big, she knew it was time to find him a new place to live.

Garza claimed two years ago that she had made arrangements with a sanctuary in College Station and put the animal inside a friend's home until the transfer could be made. But someone else found the tiger in the garage before he could be moved.

The tiger was eventually taken to Cleveland Amory Black Beauty Ranch in Murchison, Texas, where he is said to be living the rest of his life.

VIDEO: Family of bears struggle to get into hammock in CT 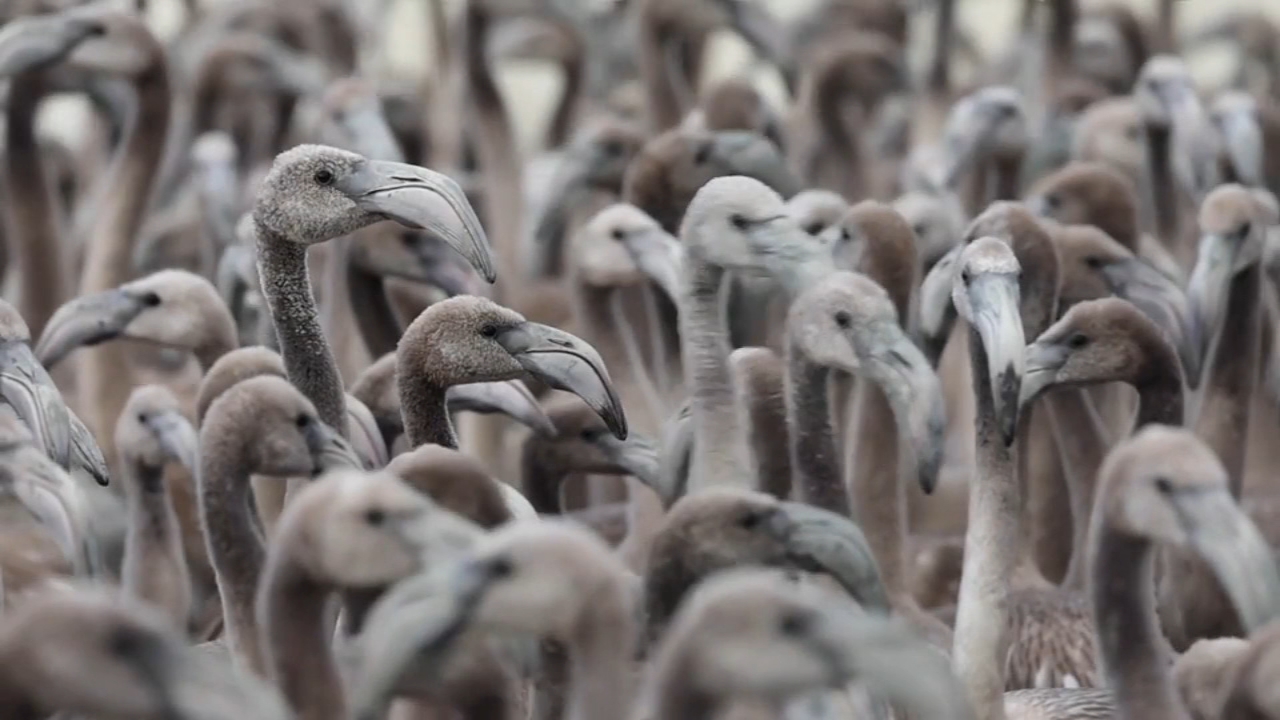 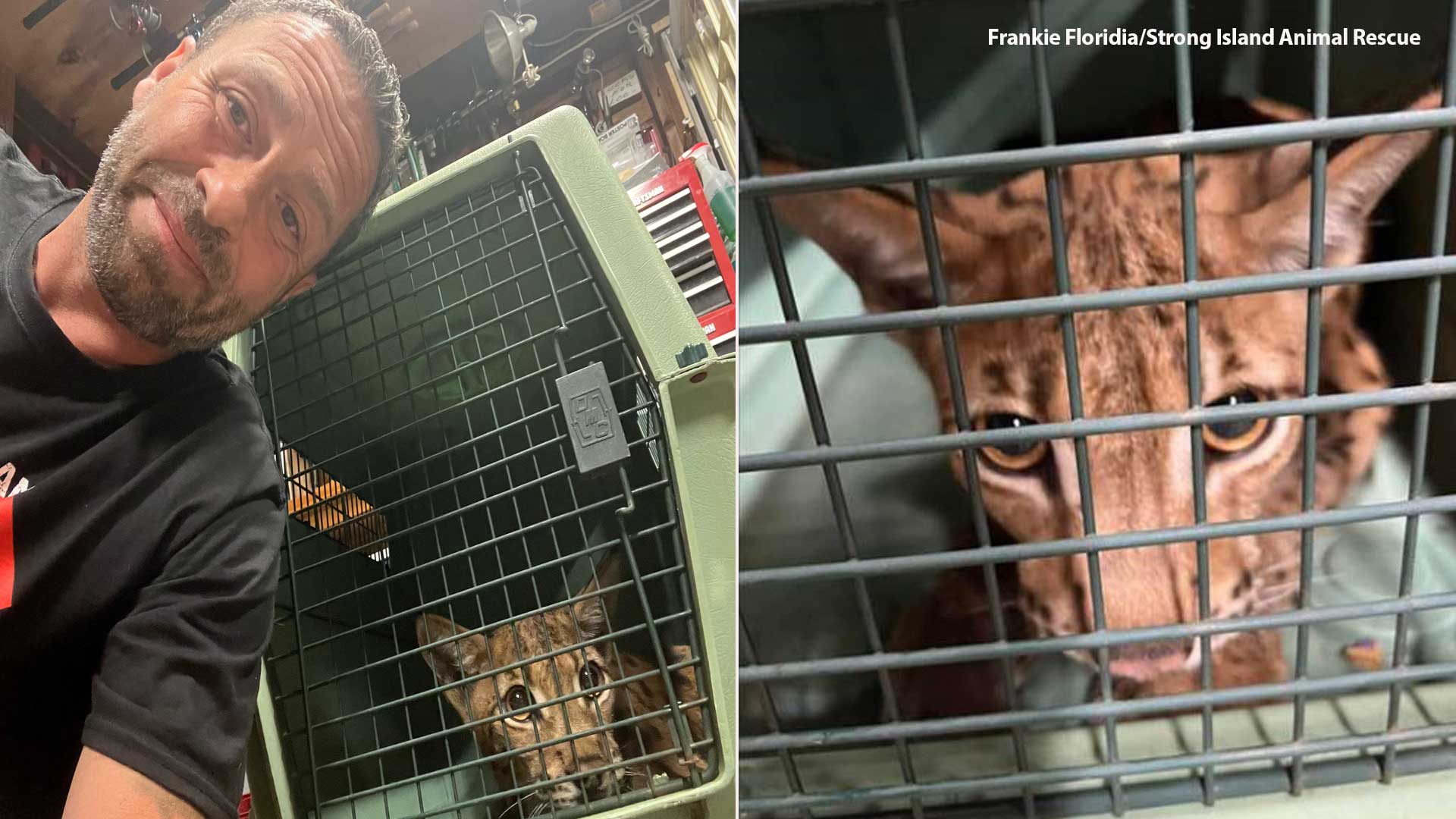