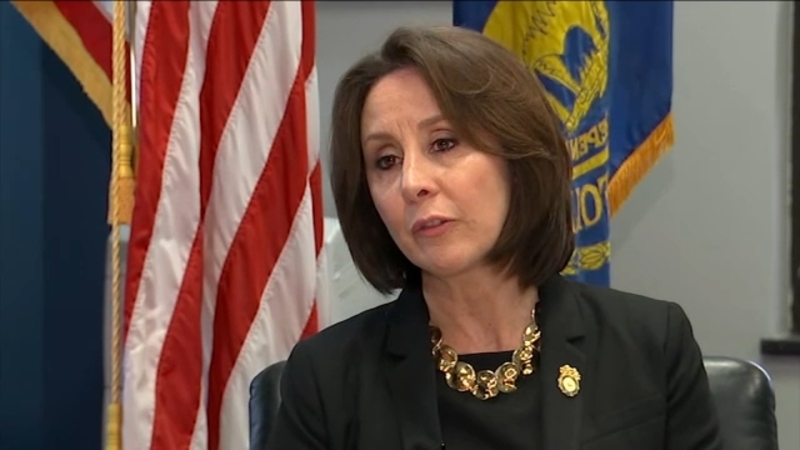 Hart stepped into the role in 2018 after Tim Sini left the job to become the Suffolk County District Attorney.

"It's been an honor of my professional career to be here," she said.

Her last date at department is May 7, and she will start at Hofstra early June.

The CDC calls them breakthrough infections, cases of COVID-19 after people have received at least one vaccine, and we don't know exactly how many of these cases there are, but data from states suggests it's in the thousands.

Hart also talked about wanting to spend more time with her teenage children.

Hart said she didn't want to leave until the department's police reform plan was approved by the Suffolk County legislature, which happened March 30.

"Commissioner Hart is an accomplished, collaborative leader who has shown a commitment to building trust, respect and communication with the community she serves, particularly communities of color," Hofstra University President Stuart Rabinowitz said in a statement. "Her willingness to embrace innovation and her deep experience running large law enforcement organizations will serve and protect our campus community well."

Before she made history as the first female commissioner, Hart was the head of the Long Island FBI Office. She served as the Senior Supervisory Resident Agent on Long Island for four years.

In that role, she directly supervised the Long Island Gang Task Force, as well as spearheaded the first multi-agency MS-13 Intelligence Center.

She began her career as an FBI Special Agent focused on transnational organized crime.

Police officials said that Chief Stuart Cameron will serve as the acting commissioner.