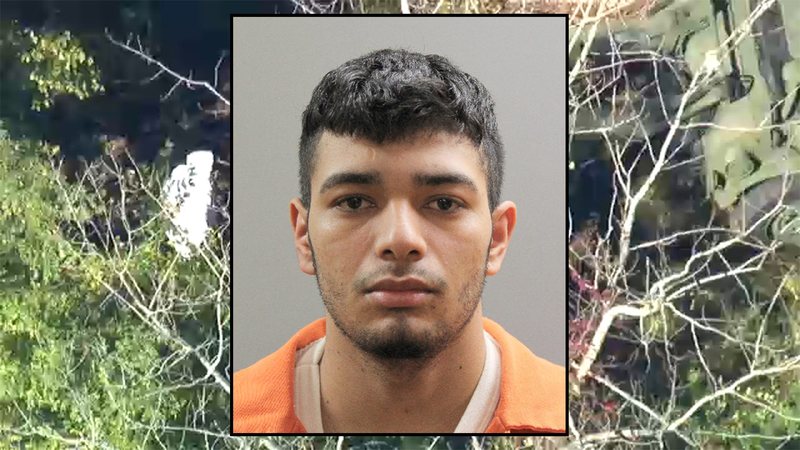 MINEOLA, Nassau County (WABC) -- A 20-year-old immigrant believed to be a member of the violent MS-13 gang faced a judge in Nassau County Friday in connection with the murders of two teenagers.

Authorities say Kevin Lopez-Morales was taken from an immigration hold into Nassau County police custody, charged in the deaths of Angel Soler and Josue Amaya Leonor.

Soler's body was found in October 2017 in a wooded area. He was attacked and killed with a machete, and Lopez-Morales is the fifth man to be charged in his murder.

Leonor's body was found in the Roosevelt Preserve in May of 2018, but police believe he was killed two years ago by as many as seven members of the same MS-13 "Hollywood" Clique.

"The message is clear, we will be unrelenting of this gang," Nassau County District Attorney Madeline Singas said. "We'll be unrelenting in our pursuit of these individuals. They will be held to account."

Police say both victims were perceived to be members of a rival gang, but Leonor's tearful sister told Eyewitness News Friday that her baby brother was no gang member and that he enjoyed soccer and wanted to be a detective.

Jose Daniel Lopez, 19, was also charged in both murders, and more arrests are possible.

"We're still looking to charge people with Leonor's murder," Nassau County Homicide Commander Detective Lieutenant Stephen Fitzpatrick said. "But I think we've taken a big chunk out of them, where we have them on the defensive I believe."


The Nassau County Office of Immigrant Affairs helps the county's large immigrant or foreign-born population navigate the criminal justice system, encouraging immigrants to cooperate with law enforcement, and providing aid to limited-English speakers who are witnesses to or victims of crimes.

If teens feel pressured to join gangs, they can CLICK HERE for help.