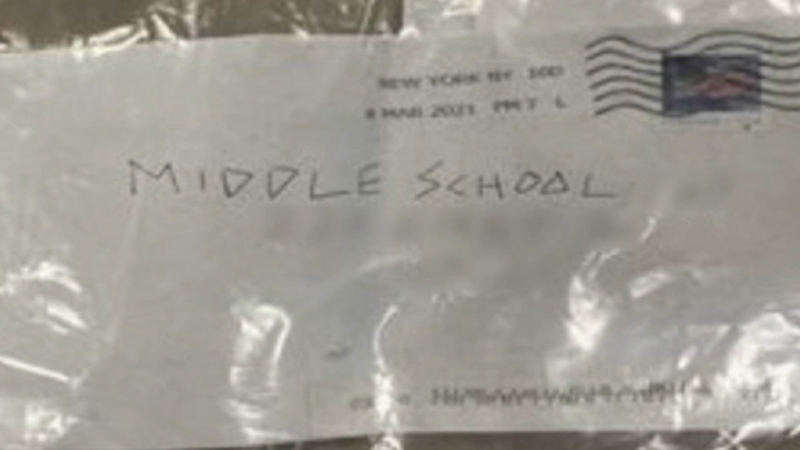 The NYPD were called to Rudolf Steiner School located on East 78th St on the Upper East Side at 11 p.m. Friday after a staff member noticed a white letter envelope with powder inside. It was the seventh incident reported since Thursday.

On Friday afternoon, a sixth suspicious envelope with white power inside was delivered to River Park Nursery School.

Each envelope had a U.S. flag stamp and a handwritten address in block letters.

Officials say the powder turned out to be non-hazardous.

"From March 10, 2021 through today, six schools in Manhattan were mailed a similar-looking white envelope containing a white powdery substance," the NYPD tweeted. "In each instance, the material was screened and determined to be non-hazardous. Each envelope has a U.S. flag stamp and a handwritten address in block letters. The NYPD is sharing an example of the envelope for awareness. Anyone with information is encouraged to call the NYC Terrorism Hot-Line: 888-NYC-SAFE. Anyone receiving a suspicious should call 911."

Officials say the packages were received between March 10 and March 18.

Police believe the motive of the sender was to cause disruption and alarm.