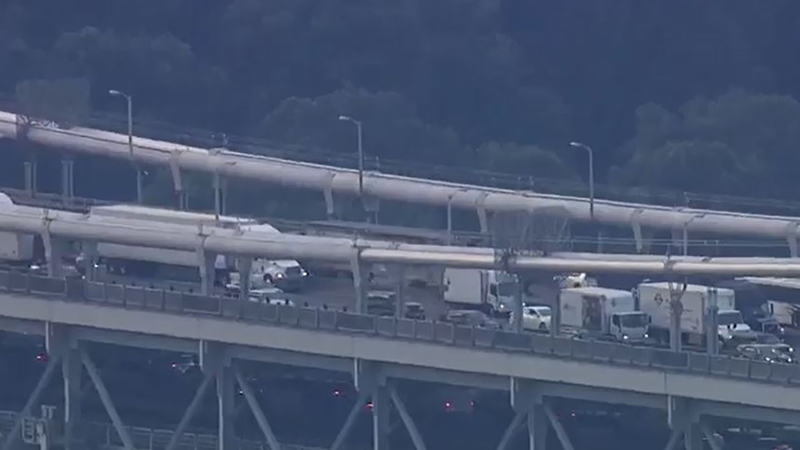 The accident happened around 2 a.m. on the local southbound lanes of the New Jersey Turnpike (I-95) in Leonia.

Authorities say the victim, who remains unidentified, veered into the right guardrail and was ejected from his motorcycle.

He was pronounced dead at the scene. Police say he was wearing a helmet at the time of the crash.

All lanes on the Turnpike were shut down for nearly five hours, creating an hour-long traffic delay on the bridge heading into New Jersey.

There were also northbound delays on the Turnpike because of volume and rubbernecking.