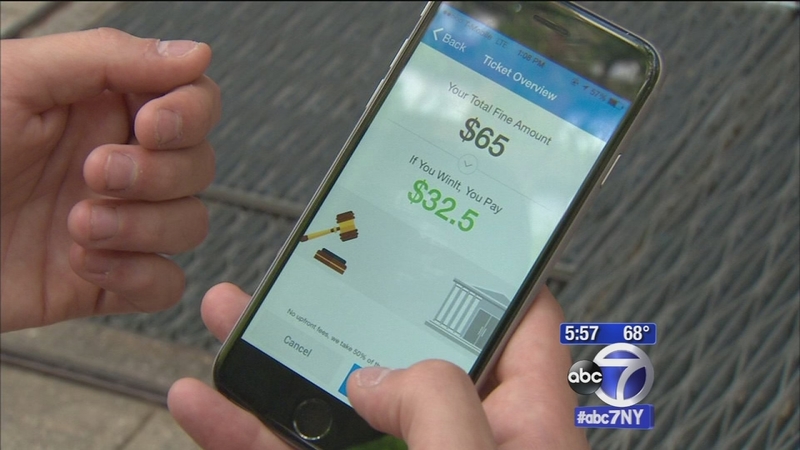 NEW YORK (WABC) -- You know that feeling - you take a chance and park, and then comes that ticket. Well, if you're like Jeff Dobin, you probably don't bother fighting it, even if you're in the right, and you end up paying it. This time, Jeff tapped into technology to deal with the ticket.

"I work in the start-up community in New York and we like to try new apps, and someone suggested the new app 'WinIt', and they made it super simple - it was great," Dobin says.

The app is as simple as taking a photo of your ticket.

"I was driving in the city, and I got a lot of tickets, and one day my friend Dan told me we should do an app for this," says Lemmel.

Dan Azeroual connected Lemmel with Christian Fama. Fama's family is in the business of fighting parking tickets for big corporations. His people know loopholes that you probably don't even know about. When you upload an image of your ticket, and a few more details, his team works to get your ticket dismissed. In the last 20 years, they have actually gotten roughly a quarter of a billion tickets.

If 'WinIt' does not get your ticket dismissed, you pay just as you would have, but if they do succeed, you pay 50% of the ticket cost to WinIt - that's how the app makes its money. For users, that is money well spent.

"I had to pay the company half of what the ticket was, which was a win-win for me, because I wouldn't have fought it anyway," says Dobin, "I would have been stuck paying the violation."