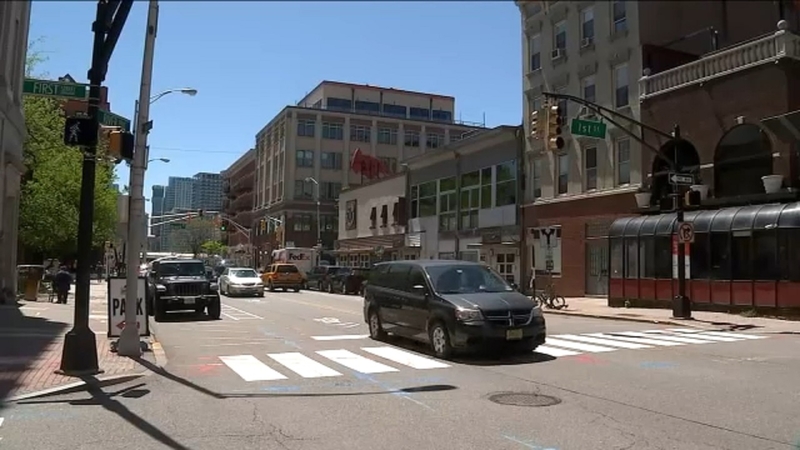 The resilient infrastructure project, made possible by over $230 million in federal Superstorm Sandy recovery funding, has been in the planning stages for several years and will protect communities along the Hudson River from storm surge flooding and rising sea-level threats posed by climate change.

"Our partnership with both the federal and local government to build a stronger and more resilient future for New Jersey's waterfront communities is transformational," Murphy said. "The comprehensive and innovative Rebuild by Design infrastructure project will mitigate the range of weaknesses along the Hudson River exposed by Superstorm Sandy and provide a suite of innovative solutions to address sea-level rise. Smart, future-focused infrastructure that will make our communities more resilient from the adverse effects of climate change, while creating good-paying jobs, is the future of American infrastructure."

Drop the Beet Farms is bringing the outside environment indoors all while growing leafy greens sustainably.

Hoboken has always had problems with flooding, but during Superstorm Sandy, 80% of the one-square-mile city was under water. After nearly nine years, work is underway to build a flood protection wall, park, and pumps to prevent another disaster.

"Hoboken was once deemed one of the top 10 cities that will be underwater in 50 years," Mayor Ravi Bhalla said. "The whole Rebuild by Design is to get off that list."

"Superstorm Sandy devastated communities throughout the tri-state region," Fudge said. "We needed bold action to rebuild and prevent damage from future natural disasters. I am proud to join Governor Murphy in this groundbreaking, made possible by a partnership between local, state, and federal government. This site is an example of the powerful promise of investing in our infrastructure to ensure more resilient and prosperous communities for generations to come."

HUD authorized funding for the project as part of a design competition that followed widespread flooding from Superstorm Sandy in October 2012, and the Rebuild by Design project is a national model for resilient infrastructure.

Upgrades will be made to sewer systems, surrounded by greenery, and raised walkways. Former Hoboken Mayor Dawn Zimmer was in office when the seven-foot storm surge from Sandy brought in water from the Hudson River and sent raw sewage oozing into homes.

"It is not a question of if, it's when Hoboken and this region will be struck by another severe storm," she said.

Climate change is not helping things for coastal areas with the waters expected to rise another two feet by mid-century. So this project has become vital as the Biden Administration pushes its infrastructure plans.

These components include a combination of hard infrastructure and soft landscaping to defend against storm surge and flooding, interconnected infrastructure to store and control storm water runoff, and water pumps and other drainage projects to support controlled drainage during and after storms.

The groundbreaking represents the start of construction on the first phase of the project, a $5.26 million investment in modifications that include upgrades to portions of Hoboken's aging infrastructure.

The work will convert portions of the area's combined sewer system into separate sanitary and storm water lines, an essential first step in improving storm water management, and a critical aspect of municipal resilience.

The work will pave the way for the larger contract to install flood-risk reduction infrastructure.

The New Jersey Department of Environmental Protection has worked closely with the Hudson river communities since 2014 to design a project that works seamlessly to enhance the aesthetics of the community.

The Resist structure design consists of an 8,846-foot series of flood walls, barriers, roller gates and other measures to provide flood risk reduction to the population and infrastructure within the project area's 100-year floodplain.

The work will also protect critical infrastructure, including hospitals, emergency services such as firehouses and a hospital, and the North Hudson Sewerage Authority's treatment plan.

Construction of the Resist structure is scheduled to start in early 2022 and will run through 2025.