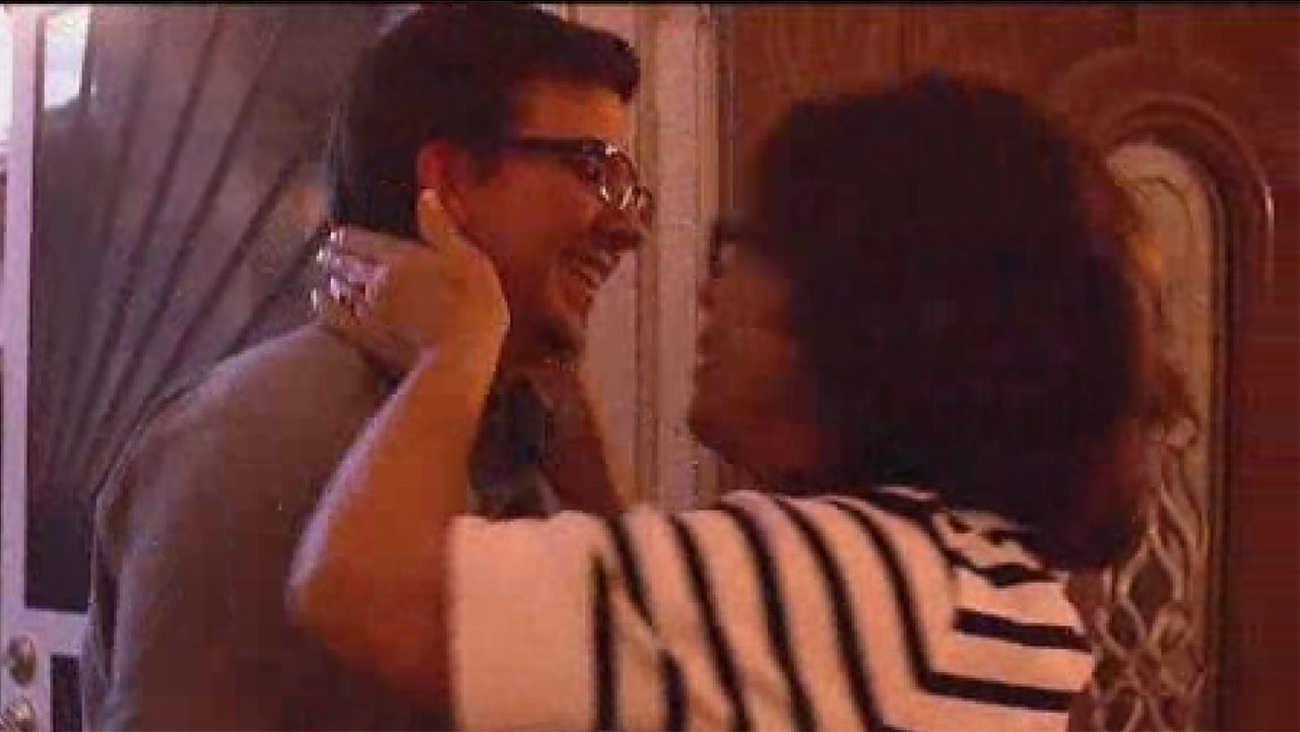 When Nathan -- then Natalie -- was in the second grade, a counselor told him to be true to himself. Now, he gets to thank her. (Nightline)

A decade ago, a second-grade student made a bold statement. The student passed out notes to classmates reading, in scribbled crayon, "I am a boy" and "I am not a gril. [sic]"

Now a high school graduate, Nathan Jones is thanking the counselor who encouraged him to be himself so many years ago. 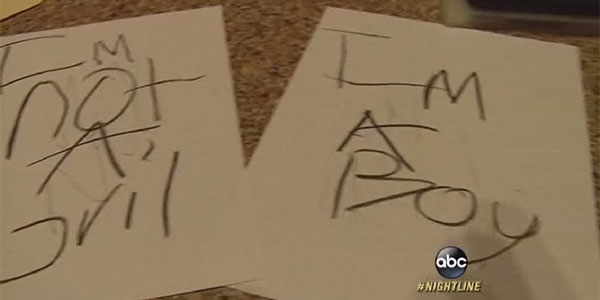 Nightline's Juju Chang has been following Nathan for four years. The Jones family allowed cameras to follow Nathan's transition -- a metamorphosis, Chang called it, from an awkward and seemingly depressed 14-year-old into a confident and charming nearly 18-year-old man.

Nightline was there when Nathan changed his name from Natalie (a pseudonym) and when he underwent "top surgery" (a double mastectomy). They were also there for the moments every teenager experiences, like when Nathan began driving and when he graduated high school.

Nathan's road was not easy, Chang wrote. The suicide rate among transgender youth is 41 percent, and Chang wrote that it can often be linked to a lack of support by parents or peers.

"Nathan, too, was teased and physically bullied in school until he eventually decided to be home schooled," Chang wrote, explaining that he had a supportive home environment.

Had it not been for having parents who allowed his transition, Nathan said, he might have become a part of the suicide statistic.

"I know that if I had to live as a girl now, I most likely be very depressed," he said. "Hopefully not, but I most likely would have tried to kill myself."

As Chang's time following Jones came to a close, though, he surprised her by naming someone besides his parents who encouraged him to be himself from a young age: that counselor from the second grade.

So Chang decided it was time for a reunion.

Nathan explained of Amy: "She said to me: 'There's other people like you and you're not alone.' So I always thought that was the most profound piece of advice ever. It kept me going from second grade on."

Nathan was first sent to Amy's office on the day when the young student passed out the notes to the class. Their relationship blossomed from there.

Amy remembered Nathan well. So well, in fact, that his file is the only student's file that Amy kept from her 20-year career.

"I couldn't do anything big, but I could be there every day when Natalie needed to talk," Amy explained.

And those conversations made all the difference, Nathan said.

"You never made me feel like I was wrong and so many people had made me feel like I was wrong," he said of Amy. "But I got so much comfort in having you."
Related topics:
societytransgenderteachernightlineteenagerslgbtstudents
Copyright © 2021 WABC-TV. All Rights Reserved.
TOP STORIES
AccuWeather LIVE | Nor'easter slams area with heavy rain, wind
Tri-state region braces for heavy rain, high winds from Nor'easter
Mass transit prepared for heavy rain, high winds from Nor'easter
School Closings
Find out which schools are closed in your district.
Laundrie family says they will not hold funeral for Brian
Man shot during attempted robbery on subway train in Manhattan
2 killed and 4 injured in Idaho mall shooting
Show More
Albany man arrested after woman found stabbed to death on LI
Assistant director who handed Baldwin gun had been fired previously
NYC workers march across Brooklyn Bridge in protest of vax mandate
NYC deli goes viral over crazy sandwich concoctions
Va. extreme couponers sent to prison in $31.8 million fraud scheme
More TOP STORIES News