Thailand cave rescue: What happens now that the players and coach are out of the cave 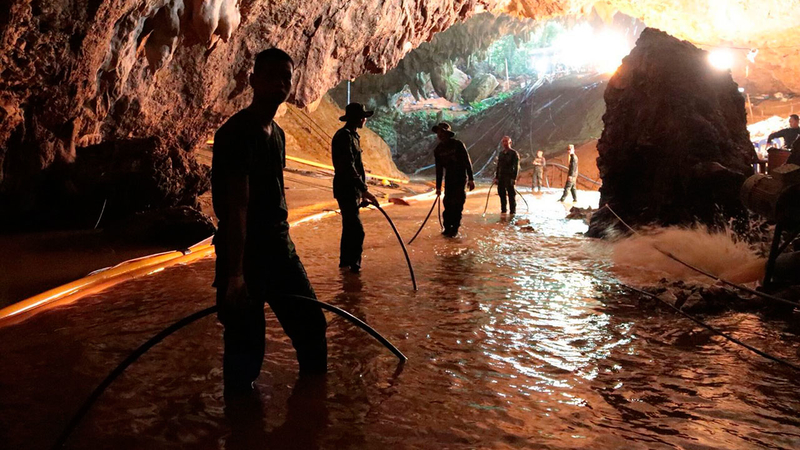 Thai cave rescue: What happens when the boys are out of the cave

MAE SAI, Thailand -- On Tuesday, ABC News confirmed that all 12 boys and their coach had been rescued after an international team of rescuers worked diligently to extricate the youth soccer team trapped in a flooded cave in northern Thailand.

The operation to rescue the boys, ages 11-16, and their 25-year-old coach by having them dive out of the flooded cave began Sunday morning, with expert divers entering the sprawling complex for the complicated and dangerous mission.

Staff members have shrouded the hospital's entrance with fabric to shield the young patients from the public eye. An entire floor of the 14-story hospital has been reserved for treating the soccer team, according to local media reports.

At the hospital, the team is being checked for airborne lung infections and bacterial infections that they could have developed after being in a damp cave environment for an extended period of time. Doctors will also evaluate the boys' mental and emotional states to determine whether or not they need to be treated for post-traumatic stress disorder.

In addition to treatment areas, the hospital will also provide reunion rooms for the young boys and their families. Precautions are being taken to keep the boys from spreading infections they might have developed.

"They will be kept away from their parents for a while because we are concerned about infections," Chiang Rai provincial Gov. Narongsak Osatanakorn said at a news conference about the boys who were rescued on Sunday.

The parents will not be allowed to hug or touch the boys until blood tests come back in about two days, officials said Tuesday. They will be able to see them "at a distance through glass."