Grocery Joe, Jordan, steal the show on 'The Bachelorette: The Men Tell All' 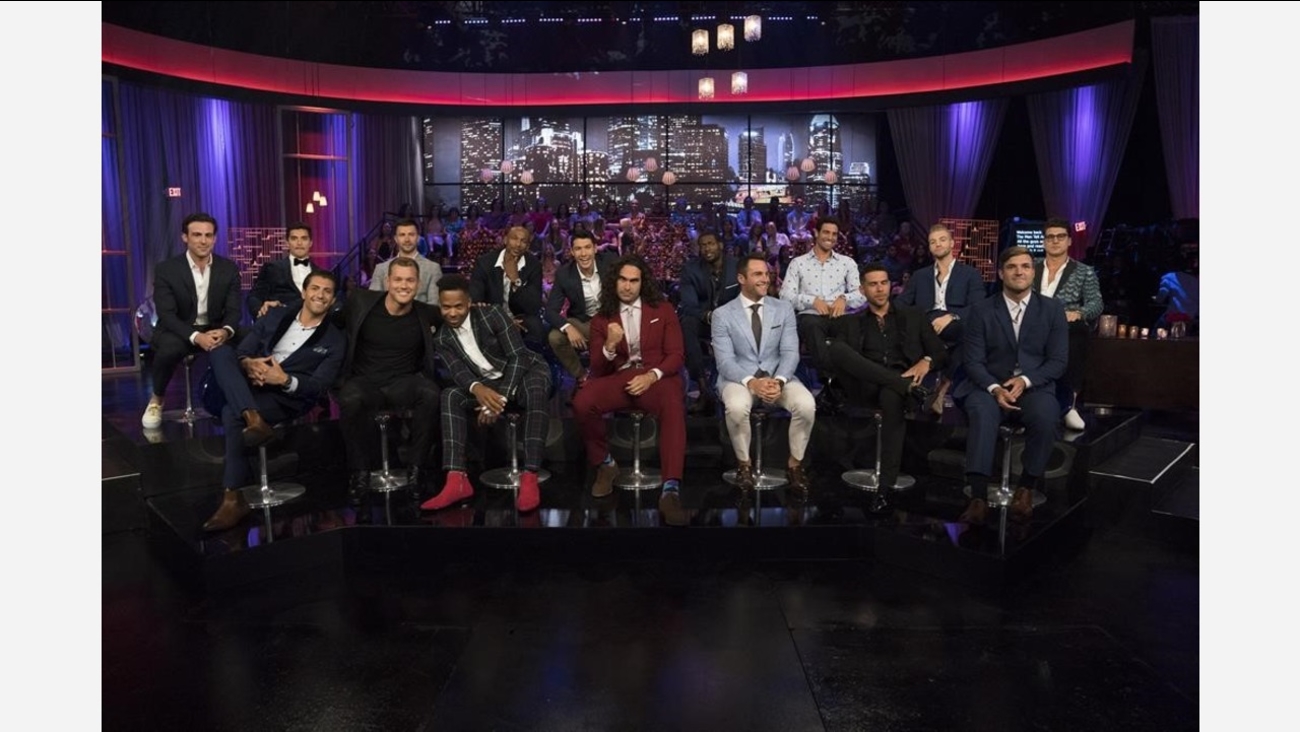 NEW YORK -- "The Bachelorette: The Men Tell All" began with a preview of "Bachelor in Paradise" and it seems like the feud continues between David and Jordan. Then Shoshana is crying because people are calling her a Russian witch.

This season on #BachelorInParadise is sure to be a wild one, so don't miss it! pic.twitter.com/Cm6ea8MtWr

There's another love triangle involving Colton. We also got a little preview of Jared and Ashley's proposal and all of the "Bachelor" alumni who come back to celebrate with their super cute babies. Get ready for a lot of crying this summer!

Now back to the task at hand, a bunch of the guys from this season returned to fight with each other and talk about their time with Becca. There was a huge cheer for night one castoff, Grocery Joe! It should be exciting to see him on "Bachelor in Paradise." Another big crowd favorite was Becca's third runner-up, Jason. He started off by charming the crowd with how beautiful Becca looked on night one and how the experience was just amazing. After a recap of some of the guys' worst moments, Connor ripped on Chris for losing his mind during the process and melting down in front of Becca. Jordan said, "You can't be Mr. Right Reasons and then treat 'The Bachelorette' wrong." Colton and Jason ripped on Jean Blanc for giving back a fake "I love you." David said he regretted spending his time with Becca talking about Jordan. Then Kamil and Jordan battled over who is the better male model and Jordan ended it with a bunch of F-bombs fired at Kamil.

“You can literally put me in a cardboard box and I will have the best time.”
Barbie would love this guy! #MenTellAll #TheBachelorette pic.twitter.com/YAABw53foI

Jordan got called up into the hot seat first and Jordan told Chris Harrison that he always has fun and he's very confident. He said he's not a clown and he was himself the whole time. As all the guys were trash talking Jordan, Grocery Joe said that he likes Jordan! Maybe a bromance brews in "Paradise." Then he revealed that he was wearing the gold underwear at that moment. The crowd cheered for him to take it off and he started to undress, but then buttoned his belt back up.

Then it was Grocery Joe's big moment! He made a big impression in just a short few minutes, and the recap was hilarious because it was so short! His background piece about his family and his business in Chicago really stuck with people. Joe said that people just love to take pictures with him now and he wasn't expecting that response. He said that he was embarrassed that he went home night one, but in the end, it worked out. He had a hard time opening up to Chris Harrison and said that the cameras make him a bit nervous. Did he find love in "Paradise?" We'll have to wait and see.

Wills took his turn in the hot seat next. He got a bit emotional watching the replay of his time on the show. Wills said that he needed a moment during his limo ride so that's why he asked them to stop so he could catch his breath. Other than that, Chris Harrison complimented his fashion sense and that was it from Wills.

Colton gave Chris Harrison a hug and then dove into his complicated time on the show. His one date with Tia really threw a wrench into things. Chris Harrison asked Colton what his relationship with Tia actually was and he revealed that Tia was supportive of him going on the show. Colton also added that he appreciated Becca taking the time to respond to his revelation of virginity in a respectful and meaningful way. Colton said talking about it in front of everyone was extremely difficult. He was brought to tears when he revealed that it made him feel terrible when people think of him as less of a man because of it. I think that he just became the next "Bachelor" with his speech...we'll see. Jordan told Colton that he respects him for being himself.

The last big guy to the hot seat, numero three, Buffalo in the house, Jason! Jason cried as he saw the recap of his time. The breakup just hurt him to the core. Jason couldn't seem to understand how they could like each others' friends, family, and chemistry. Jason said that he hopes that they can be friends one day. Jason said their time in the fantasy suite went amazing and there "wasn't one bump" in the road. So, it was really hard for him to understand the breakup. Chris Harrison even said, "there's something about Buffalo." And it's true! Buffalo is a city of "Good Neighbors" and it's nice to see it represented in such a positive way. They also talked about Jason's brother, who is gay, and his positive relationship with his partner. Jason was also revealed to be the best kisser, and he said that after Becca forgot his name he kissed her and she didn't forget his name anymore!

At long last, it was Becca's turn to face the men. They looked a bit sullen as Becca smiled and told them all how great they looked. Jason asked Becca how he can bridge the gap between what she saw and what he felt and Becca said that he gave her everything she wanted but it was down to her heart. Then Jason pretty much begged her to be friends, she said she would love it, and then they hugged it out. He'd be a great contender for "The Bachelor" too! It's a tough choice "Bachelor Nation!" Who do you think it should be? Becca revealed that she was going to break up with Colton anyway, despite her conversation with Tia. Then they talked about her reaction to his virginity and she told him she respected him. Wills told Becca that he loved her. Jean Blanc went on stage and told her that he wishes he could change the way he left and he should never have said that he didn't love her. He just realized that he went too fast. Becca appreciated that and they made their peace. Chris got to apologize for being crazy and entitled and Becca accepted his apology, especially after a choir sang it.

Following the bloopers, we got a preview of the finale! Becca and her final two men, Garrett and Blake, are in the Maldives. The two-hour finale followed by the hour-long "After The Final Rose" takes place next Monday night!
Report a correction or typo
Related topics:
arts & entertainmentbachelor in paradisethe bachelorettecominguproseschris harrisonbachelorettebecca kufrin
Copyright © 2022 WABC-TV. All Rights Reserved.
COMINGUPROSES
Will 'The Bachelor' Clayton take a rose back?
After meeting 'The Bachelor' Clayton, one woman says she 'hates' him
Michelle hands out her final rose on 'The Bachelorette,' gets engaged
Who will 'The Bachelorette' Michelle choose? Nayte or Brandon?
TOP STORIES
AccuWeather LIVE: Snow turns into heavy rainfall
Tri-State braces for mix of snow, heavy rain, wind from winter storm
Mass funeral held for Bronx fire victims
Woman killed after man pushes her in front of subway train
FBI identifies hostage-taker at Texas synagogue
Catch first full moon of 2022 Monday night
Pilot credited for miraculous crash landing released from hospital
Show More
7th grader dies after overdosing on fentanyl at school in Conn.
After Biden's first year, the virus and disunity rage on
Expect more worrisome COVID variants after omicron, scientists say
Tsunami advisory lifted for US after volcano eruption
Standoff at Texas synagogue ends with all hostages safe, suspect dead
More TOP STORIES News