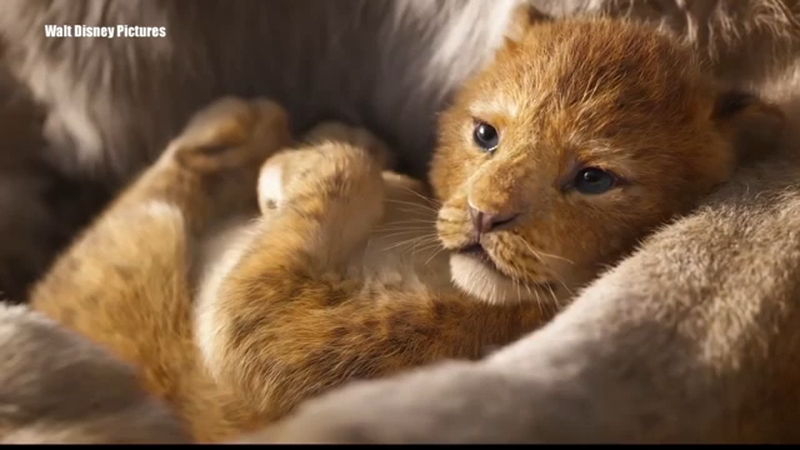 NEW YORK (WABC) -- "The Lion King" is visually stunning and a worthy successor to one of the greatest animated movies ever made, but the original classic set a very high bar -- one that was met or even exceeded by the one-for-the-ages magic of "The Lion King" on Broadway.

Now, Disney is looking for lightning to strike a third time by assembling a stellar cast -- led by James Earl Jones from the original film -- back as Mufasa.

The job of pulling together so much talent fell to director Jon Favreau, who has pioneered the use of photo-real animation.

Beyonce was recruited to lend her voice to Nala, opposite Donald Glover as Simba.

Billy Eichner and Seth Rogen provide the comic relief as Timon and Pumbaa, during the most fun part -- when Simba has been tricked into leaving the pride by the evil Scar, voiced by Chiwetel Ejiofor.

There no shortage of action, and there are timeless tunes -- plus a few new ones.

"The Lion King" is definitely highly entertaining -- fun for the entire family. It just didn't thrill me to the core of my being.

That's because it lacks the sublime magic of its predecessors.

Like I said, it is a high bar. Call this one very good, rather than truly great.

"The Lion King" is from Disney, owned by the same parent company as ABC 7.