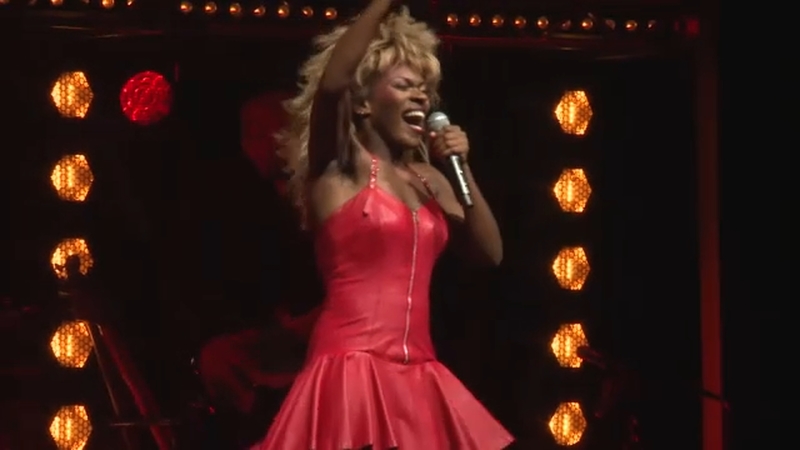 NEW YORK CITY (WABC) -- Like the old song goes, "The neon lights are bright on Broadway" once again, and there is "magic in the air." But quite a few Broadway shows have had to suspend performances after they re-opened due to members of their companies testing positive for COVID-19.

In the midst of this uncertainty, one show has kept going.

"Tina: The Tina Turner Musical," tells the story of one woman's survival: how she managed to prevail when faced with all sorts of daunting challenges. It turns out that telling her truth onstage is a great way to demonstrate that the show must go on.

Every night she goes to work is a gamble for star Nkeki Obi-Welekwe.

"We all come into the theater knowing that it's a risk," she said. "(We must be) willing to be vulnerable in a completely new way."

Sandy Kenyon has more on the new ABC series "Promised Land" which features two families originally from Mexico who share the American Dream.

Her concerns are understandable given that other Broadway shows have been forced to shut down.

"It was definitely anxiety-inducing to read the headlines and to have friends in companies that are, that are jobless," she said. "It's like 'OK, are we next or what?'"

But, like the lyrics of one of her famous tunes, "Tina" has just kept on, "rollin, rollin, rollin on a river."

Obi-Welekwe was personally chosen by the real Tina Turner to play her.

"I feel like much of my Tina experience can be described as, 'is this really happening?'" Nkeki said.

Before the pandemic hit, she made her Broadway debut in front of capacity crowds.

"Now, there are fewer people in the actual theater, but I'm surprised we're still getting the same energy from the people that are there, which is really reassuring," she said.

And her producers have reassured her the musical is going to continue.

In fact, one of those producers, Tali Pelman, recently flew from New York City to London just to reassure the cast and crew the curtain will continue to go up for their show.

Obi-Welekwe said she is grateful for this gesture and for the members of the audience who continue to give "Tina" standing ovations at the Lunt-Fontanne Theater.