Marcus Solis has the latest on the storm damage from Westchester County.

NEW YORK (WABC) -- The National Weather Service has confirmed that four tornadoes touched down across New York and Connecticut during torrential storms Tuesday.

Officials said EF1 tornadoes touched down in New Castle in Westchester County, Stony Point in Rockland County and New Canaan in Connecticut, while an EF0 twister touched down in Ronkonkoma on Long Island.

The New Castle tornado lasted approximately 11 minutes starting at 4:47 p.m. and covered 3.75 miles. It had a maximum wind speed of 110 miles per hour and was roughly 300 yards wide.

The Fairfield County tornado touched down at 5:29 near the intersection of Weed Street and Marshall Ridge Road. It traveled 100 yards with an estimated maximum wind speed of 100 miles per hour.

The Ronkonkoma twister landed for three minutes at 11:20 p.m., with sustained winds of 85 miles per hour. The tornado's path was 400 yards long and 200 yards wide, and it caused some damage to homes and cars.

The storms produced wind damage and hail across parts of the Hudson Valley and Connecticut, with some spots seeing 2 to 4 inches of rain.

Trees and power lines were toppled in a number of places, including Chappaqua, where a tree came crashing down onto a house. No one was injured.

Metro-North Harlem Line service was temporarily delayed between Goldens Bridge and Chappaqua due to downed trees in the vicinity of Bedford Hills, and crews continued to work on the remaining track and third rail damage to restore full service.

The Saw Mill River Parkway also experienced some closures Wednesday morning due to flooding, and drivers are advised to allow extra time due to road closures caused by the severe weather, especially in the northern suburbs.

Some schools also had delayed openings.

Click to watch the 7-day AccuWeather forecast and get all the weather any time at abc7NY.com/weather. For weather updates wherever you go, please download the AccuWeather app.

Here's a look at the 7 Day AccuWeather forecast 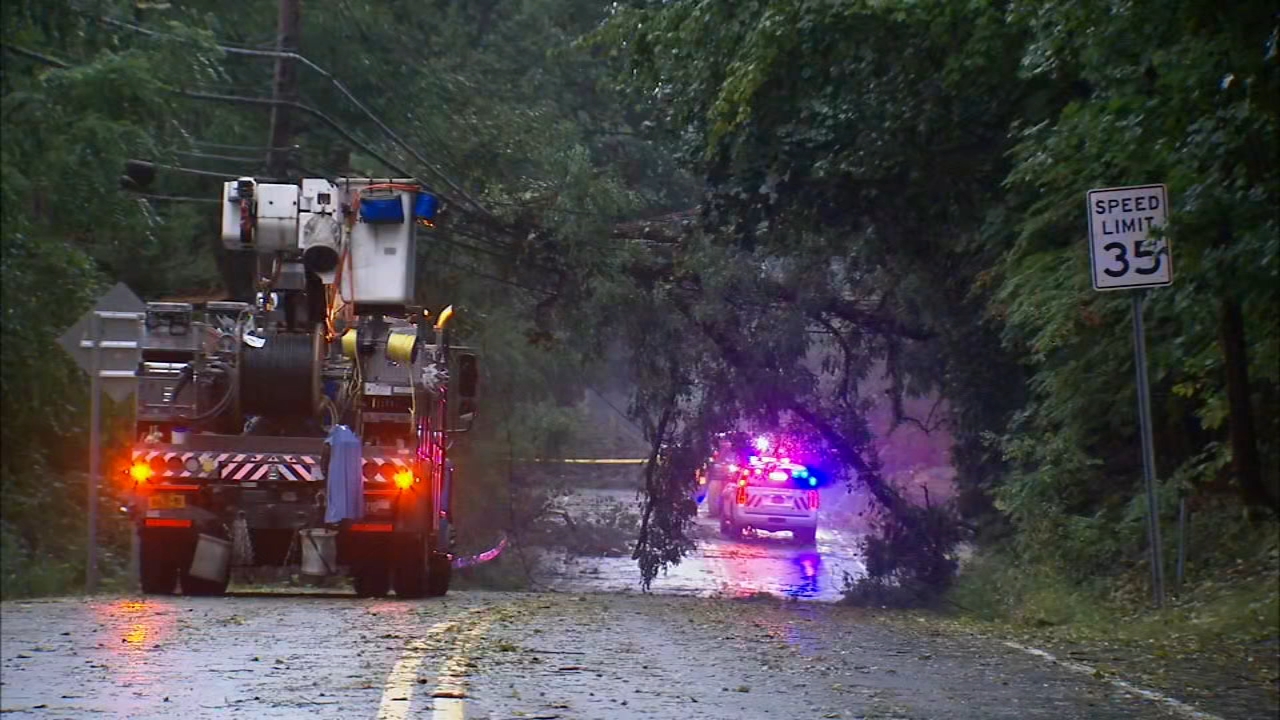