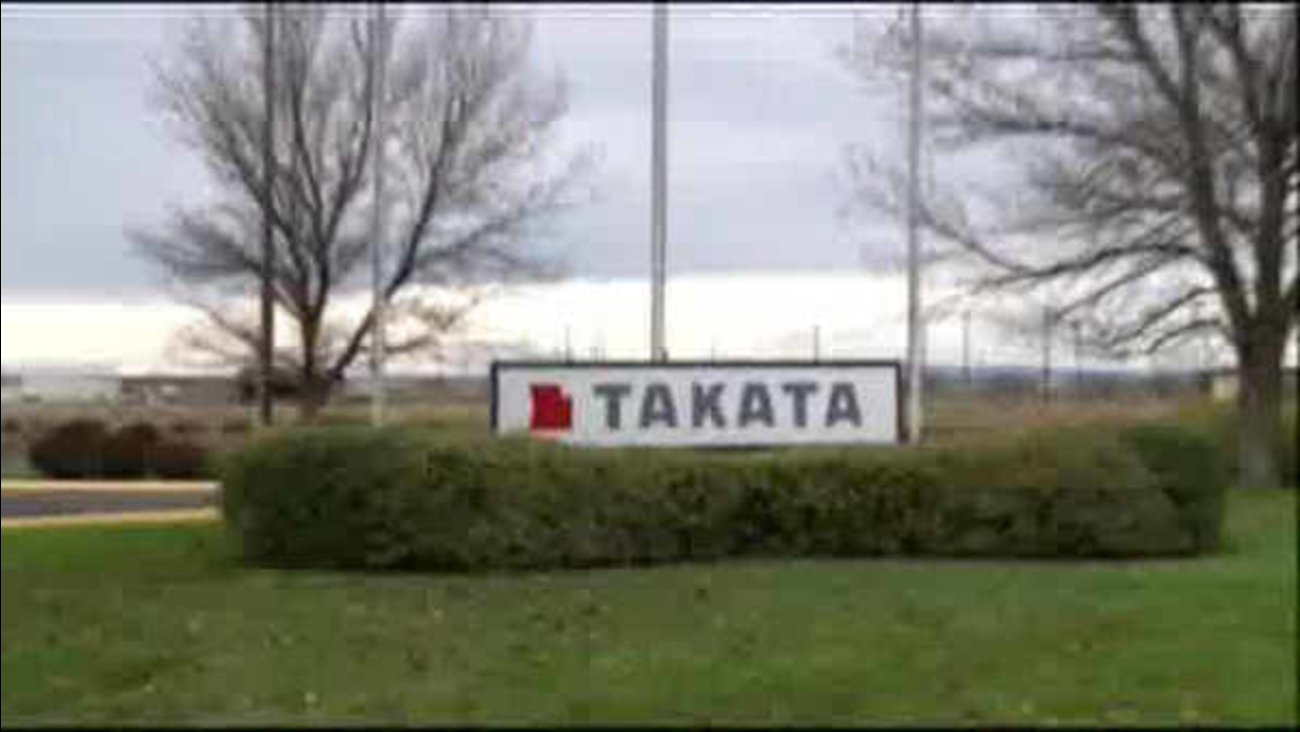 WASHINGTON -- Senators expressed anger and exasperation Tuesday with both air bag maker Takata Corp. and federal auto safety regulators over a problem with defective air bag inflators that has escalated into the largest auto-safety recall in U.S. history.

At least eight people have been killed and 100 injured by Takata air bags, which can explode with too much force and spew shrapnel into the vehicle. The problem has persisted for more than a decade and impacts 11 automakers, including Honda, BMW and Toyota. In May, Takata bowed to U.S. government pressure and agreed to double the number of air bag inflators it's recalling in the U.S. to 33.8 million.

Sen. Bill Nelson, a Florida Democrat, opened a Senate hearing on the issue with graphic photos of a constituent, Clarabel Nunez, who was hit in the forehead with shrapnel last July when her air bag exploded in Miami. Nelson also showed a large photo of Nunez's blood-stained air bags. Nelson held up the piece of shrapnel that his Nunez, and noted it was only inches from her eyes and neck.

"The bottom line is we need to get these cars fixed and we've been talking about this since last year," Nelson said.

"Recall fatigue and confusion are growing," he said.

Senators also criticized the National Highway Traffic Safety Administration for failing to investigate early reports of exploding air bags. A critical audit of the agency, released Monday by the Transportation Department's Inspector General, noted many problems, including lack of training, failure to follow through on consumer complaints and failure to hold automakers accountable.

NHTSA Administrator Mark Rosekind said his agency agrees with and will implement all 17 recommendations for improvements made in the audit. But he noted that NHTSA's budget, when adjusted for inflation, is 23 percent lower than it was 10 years ago, causing gaps in personnel that have become known safety risks.

Nelson said the agency gets over 80,000 consumer complaints per year, yet has only one person reviewing them.

But Sen. Claire McCaskill, D-Mo., said the inspector general's assessment of NHTSA's investigations was one of the most damning audits she had seen of a federal agency. She said NHTSA shouldn't get more funding until changes are made.

"This isn't about resources. This is about blatant incompetent management," she said.