WABC
NEW YORK (WABC) -- The MTA has plans to build four new Metro-North stations in the Bronx that would take commuters directly to Penn Station.

Gov. Andrew Cuomo announced the agreement for the project that could affect the commute for tens of thousands of Metro-North riders on Tuesday.

Officials say the four stations will be built along an underutilized rail line in the east Bronx "transit desert" with access to Penn Station.

"Too many residents of the Bronx have been without reliable transit, which is why I proposed these new stations," Cuomo said. "With a reconstructed Moynihan Station currently underway, these four stations not only will connect the east Bronx to Manhattan's West Side, but also build upon our ongoing efforts to fully transform our state's transportation infrastructure."

Acting MTA Chairman Fernando Ferrer said bringing Metro-North service to the east Bronx is a "game changer" for the borough.

"This project will significantly reduce travel times for east Bronx residents and help area businesses and institutions attract employees," Ferrer said. "This is a long-held dream of mine and hundreds of thousands of Bronxites."

In addition to the new stations, the project includes new tracks and switches, as well as power, signal, communication and infrastructure upgrades. 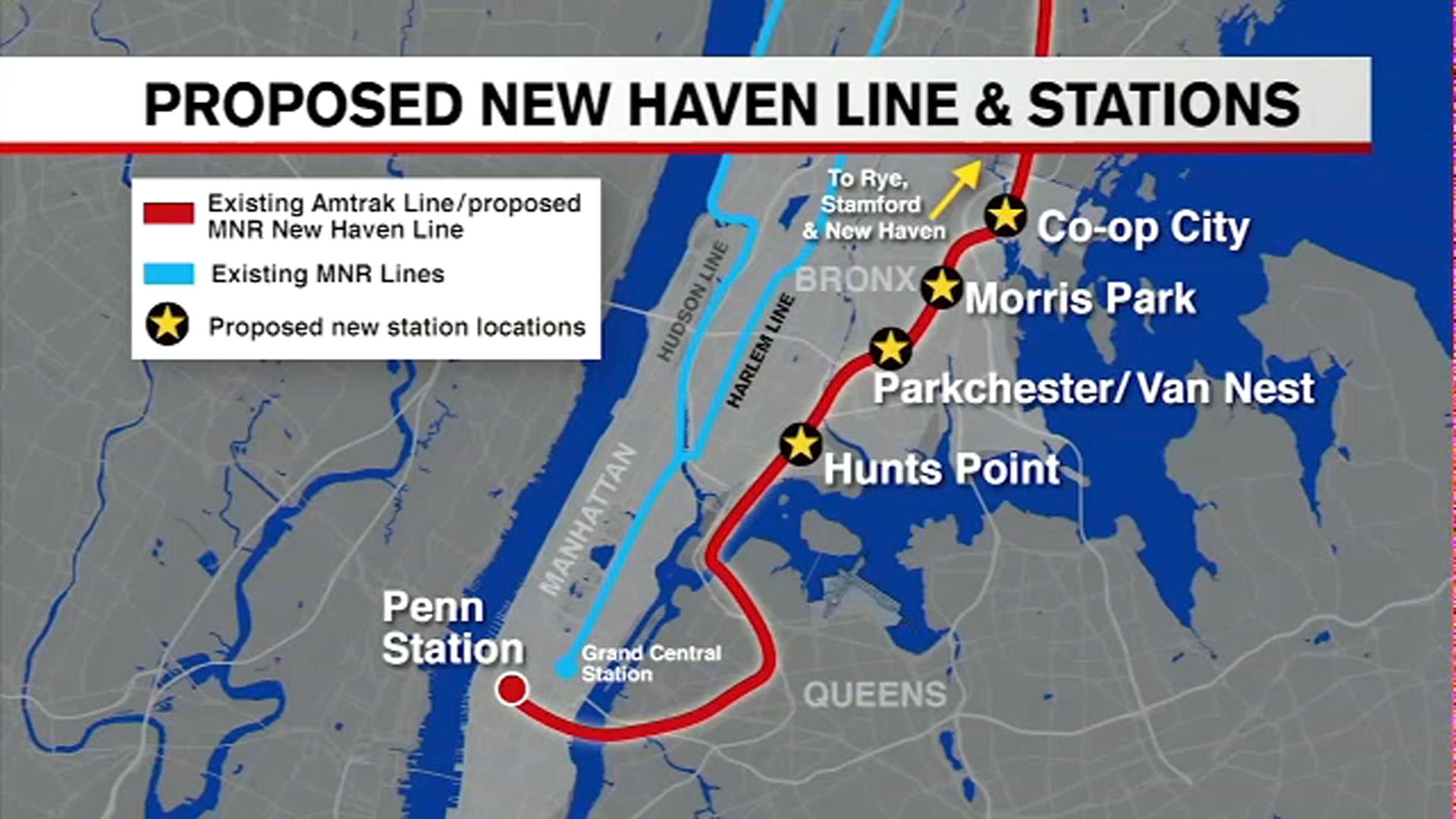 "Amtrak's willingness to negotiate with the MTA will put the East Bronx Metro-North expansion back on schedule and bring us one step closer to expanded commuter rail options in the communities that need them the most," Diaz Jr. said. "I look forward to working with my colleagues to continue the planning process for the East Bronx Metro-North expansion and bring this project back on track."

The project is expected to get underway within weeks.

NYC public schools will have nurses, yet teachers call for delay