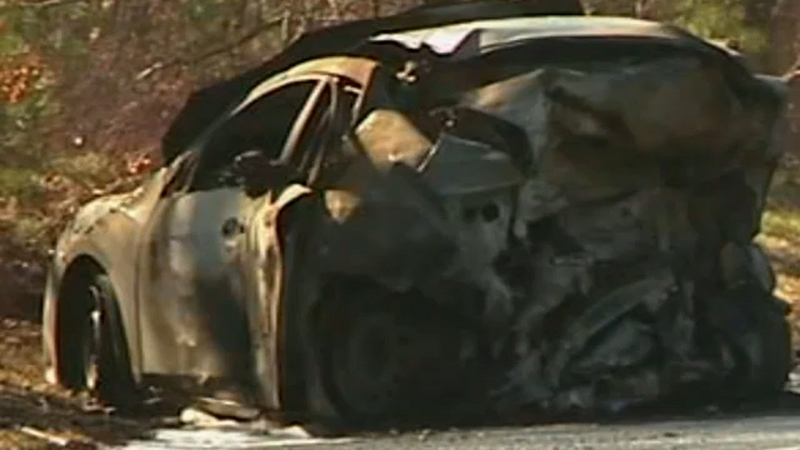 According to police, Jamel Turner, 23, was driving a 2018 Chevy Camaro stolen from Shirley on Tuesday to Lake Point Apartment Complex.

As police arrived on the scene, police say the Camaro exited the parking lot at a high rate of speed by driving over grass and then onto Route 25.

One police vehicle followed the Camaro eastbound on Route 25, but police said the officer stayed some distance behind.

A short time later, the Camaro struck a 2012 Mazda and an oil delivery truck, and then the Mazda crashed into a 1999 Infinity.

The Mazda burst into flames, killing all four people inside. The names of the four people who died in the crash have not yet been identified, pending family notification. Officials said they were a woman, her two adult children (one man, one woman) and the son's female friend.

Lonidell Skinner, 19, of Bellport was in the stolen vehicle and was ejected and killed. The other person suffered injuries and remained in the hospital.

The driver of the oil tanker involved in the crash was hurt but is expected to be OK.

Police said there was no police pursuit leading up to the crash, and no officers witnessed the crash.