Pain at the pump: Drivers face most expensive gas prices in years 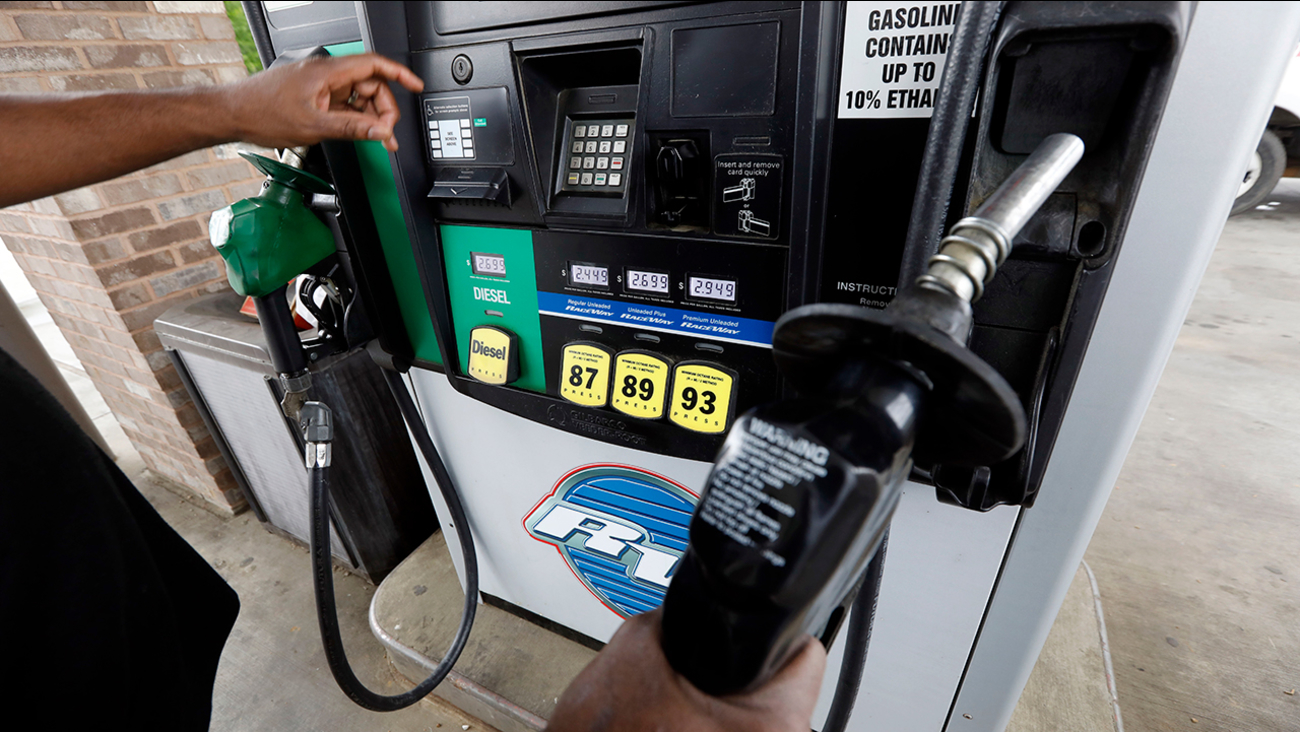 AP
NEW YORK -- Get ready for a little bit more pain at the pump this summer, as crude oil prices have hit their highest level in more than three years and are expected to keep climbing, pushing up gasoline prices along the way.

The U.S. daily national average for regular gasoline is now $2.81 per gallon. That's up from about $2.38 per gallon a year ago, according to Oil Price Information Service. And across the U.S., 16 percent of gas stations are charging more than $3 per gallon, according to AAA.

"This will be the most expensive driving season since 2014," said Tom Kloza, global head of energy analysis for Oil Price Information Service.

The price of U.S. crude oil has been on a mostly steady incline since last June, last week hitting $68.64, the highest since December 2014. Benchmark U.S. crude closed Monday at $68.57. Oil prices near $70 shouldn't put the brakes on economic growth, however. While they're boosting costs for some sectors of the economy, the energy sector and related industries have more money to spend on equipment and workers.

But higher oil prices are certainly an inconvenience for drivers, especially those with lower incomes.

"The good news is, both at the global level and the U.S. level, this is occurring at a time when growth is fairly robust," said Nariman Behravesh, chief economist at IHS Markit. "But consumers as a whole will be hurt, mostly because gasoline prices are going up."

Kevin Lanke, a motion picture lighting technician in Redondo Beach, California, says he's now paying about $3.39 per gallon to fill up the 25-gallon tank in his 2000 Land Cruiser SUV. That's about 20 cents more per gallon than a couple of months ago.

Lanke keeps the recent increase in perspective, noting that three years ago he and his fellow Californians were paying over $4 per gallon. But he's already weighing his options, saying if gas goes to $4 a gallon he'll buy a more fuel-efficient car to use as his main ride and drive the Land Cruiser only when he needs it.

In the U.S., oil supplies were running 1.1 million barrels lower at the start of this summer's driving season, which runs from April through September, than a year ago, according to the U.S. Energy Information Administration.

That has amplified the typical increase in gas prices seen this time of year. Pump prices normally rise as demand increases from families going on vacation and taking to the highways on road trips. Already, U.S. consumer demand for gasoline hit a record high for the month of April, according to the EIA.

Drivers in Western states such as California, Oregon, Washington and Nevada, as well as Alaska and Hawaii, are paying the most at the pump, according to AAA. The average retail price in those states ranges from $3.19 to $3.61 per gallon.

Average retail gasoline prices are lowest in a swath of states in the South and Southeast, including Louisiana and Alabama. These two states have the cheapest gas in the country at $2.54 and $2.56 per gallon, respectively, according to AAA.

Still, prices remain well off from 2008, when crude oil prices jumped above $130 per barrel and average retail gas prices surged to an all-time high of $4.11 per gallon.

"People forget very, very quickly," Kloza said, noting that the average U.S. gasoline price remains well below the $3.60 per gallon it was five years ago.

The EIA projects that the U.S. retail price for regular gasoline will average $2.74 per gallon this summer, up from an average of $2.41 per gallon a year earlier. Gas prices tend to rise each spring through Memorial Day and slowly decline as the summer goes along.

For all of 2018, the agency expects that the national retail price for all grades of gasoline will average $2.76 a gallon. That would translate into an additional $190 spent on fuel by the average U.S. household this year compared to last, the agency said.

"At the higher income levels, this won't really have much of an effect," said Behravesh. "But it's a bigger deal for lower-income families, because a bigger share of their budgets goes to things like gasoline."

In broader economic terms, the rise in oil and gasoline prices will help crude producers in states like Texas and North Dakota and will likely boost capital spending industrywide. Spending by oil companies fell sharply as oil plunged below $30 a barrel in 2016, dragging on U.S. economic growth.

Industries that rely heavily on fuel, such as shipping companies, airlines, vehicle fleet operators and other transportation companies, are seeing rising costs, which eventually will be passed on to consumers. Diesel fuel hit its highest national average price in more than three years over the weekend at about $3.06 per gallon. American Airlines said it spent $412 million more on fuel in the recent first quarter than in the year-ago period.

"You would have to get up into the $90-$100 range for it to really have a big impact on growth," he said. "At these levels, it may shave off a tenth of a percentage point off global growth."

One reason oil likely won't get to that level is the emergence of the U.S. as a major global oil producer. Higher prices encourage U.S. oil companies to crank up output.