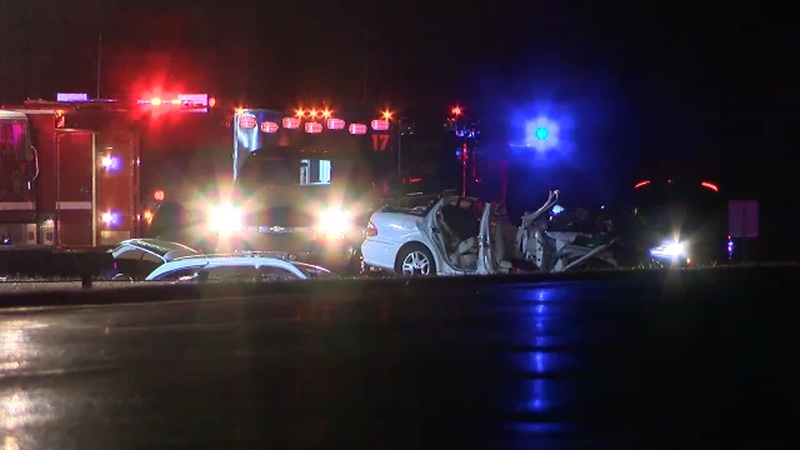 SOUTHAMPTON, Suffolk County (WABC) -- Two people are dead after a head-on crash in Suffolk County that police say was caused by one motorist driving the wrong way.

It happened at 10 p.m. Tuesday on the westbound Sunrise Highway east of Exit 64 in Southampton.

Police say a 2004 Mercedes Benz was traveling east in the westbound lanes when the driver crashed head-on into a 2008 Toyota Camry.

The driver of the Camry, identified as 28-year-old Michelle Navas, of Hicksville, was pronounced dead at the scene.

The driver of the Mercedes, 28-year-old Gumercindo Tinit-Tezen, of Mastic, was taken to Peconic Bay Medical Center and pronounced dead.

The westbound lanes of Sunrise Highway were closed for more than eight hours at Exit 65 as police investigated and crews worked to clear the wreckage.