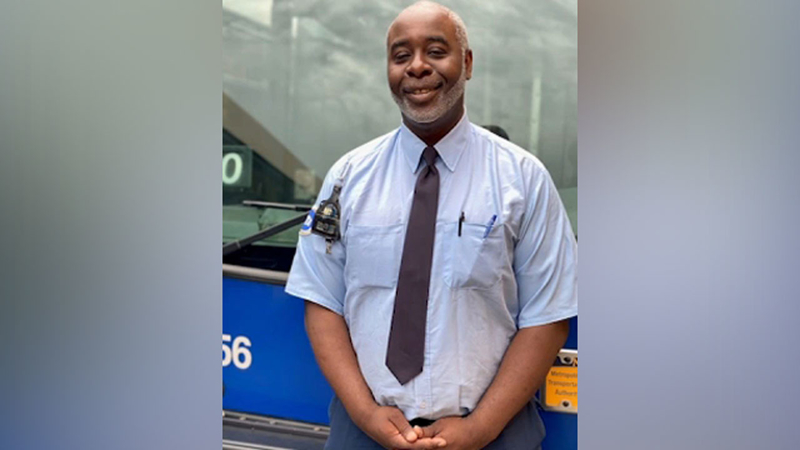 Winston Brown is our MTA Hero of the week.

Winston first saw a suspect try to take a child from a woman boarding his bus last month.

He shut the doors so the man couldn't follow her.

But the suspect ran alongside the bus.

At the next stop, Winston didn't open the doors, and instead called 911.

That's when he saw the man try to snatch another child at the bus stop.

A crowd formed, and Winston waited until police arrived to make the arrest.

Bus driver Winston Brown: our MTA Hero of the week!

Ivette Leonetti was cleaning the platform at the World Trade Center/Cortlandt Street Station last week when she spotted a man carrying a gun.