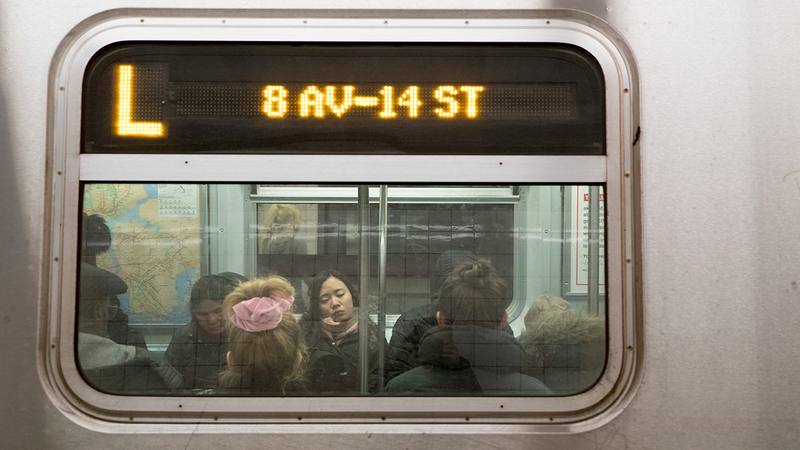 NEW YORK (WABC) -- New York Governor Andrew Cuomo is now calling an emergency meeting with the MTA board, urging them to approve his plan to call off a complete shutdown of the L train.

The surprise announcement Thursday left some elated, while others were outraged because they've uprooted their lives to avoid the headache.

The reality is only beginning to set in for tens of thousands of people who are still riding the L train in disbelief after learning that the dreaded shutdown doesn't have to happen.

But Ashton Gottschalk is in shock for another reason, as he and his partner prepare to move out of their apartment in Williamsburg next weekend -- a decision they made specifically to avoid the shutdown.

Ashton signed a new lease for an apartment in Jersey City just three days ago, so despite the good news, there's no turning back for him and many others.

"I think there's just there's just shock all over," said Matthew Flamm, with Crain's New York Business. "People moved out of neighborhoods. Landlords dropped rents...It's just an enormous rug that got pulled out from under them."

Transit officials had planned to shut down a portion of the L line to allow crews to repair tunnel damage caused by 2012's Superstorm Sandy. The line is one of the city's busiest, running through neighborhoods like Williamsburg and Bushwick in Brooklyn and carrying nearly a quarter of a million people through the tunnel each day.

Engineers have devised a new way to repair the circuits in the storm-damaged tunnels beneath the East River, prompting Cuomo to declare that a complete shutdown is unnecessary. It's now up to the MTA Board.

The old plan required crews to remove concrete tunnel walls to access and replace damaged electrical cables before rebuilding the walls - a labor- and time-intensive process.

Under Cuomo's new approach, the concrete walls would remain in place and new cables would be installed inside the tunnel, allowing trains to operate while the work is being completed.

While local officials and many riders expressed relief at Cuomo's new plan, some also questioned why the new proposal hadn't already been considered.

"If the governor's plan is an effective solution, the MTA should have adopted it long ago," City Councilman Jumaane Williams said.

Williams, of Brooklyn, said he found the timing and motivation of Cuomo's announcement "suspect," coming as it did after years of public meetings and debate on the shutdown.

Mayor Bill de Blasio, speaking Friday on WNYC radio, praised Cuomo for seeking an "innovative approach," but called it "a little strange" that a new plan emerged just months before the shutdown was scheduled to begin.

"Obviously, the MTA has some real explaining to do," he said. "Why on earth wasn't it considered previously?"

The MTA, which operates in the city and its suburbs but is controlled by the governor, has not yet scheduled a vote on Cuomo's repair plan.

On Thursday, MTA Acting Chairman Fernando Ferrer called the new plan "an innovative and more efficient approach" and said the agency would adopt it in full.