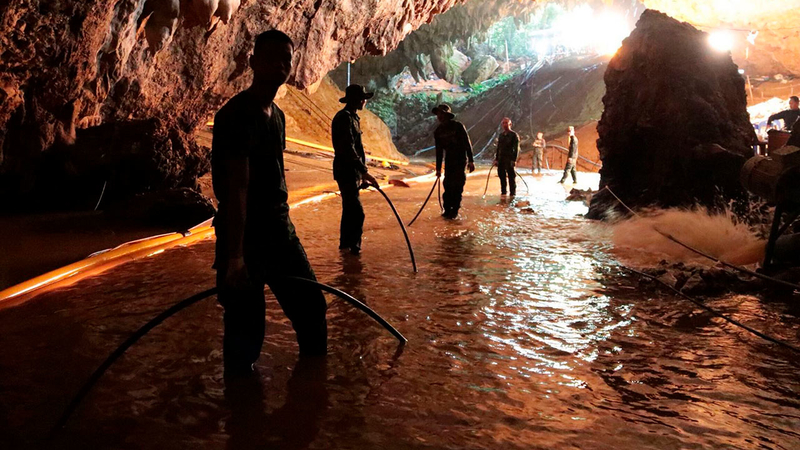 12 kids and coach all rescued from Thai cave

All 13 members of the Thai youth soccer team, 12 boys, ages 11-16, and their 25-year-old coach, have been successfully rescued from the flooded cave in northern Thailand.

The 18-day ordeal ended after three rescue missions which involved the Thai navy SEALs and divers from around the world.

The first rescue mission of the soccer team commenced on Sunday, July 8. Four boys were retrieved one at a time through the cave by two divers.

The boys wore diving masks that covered their whole face. One diver was in front, holding an oxygen tank for the boy and another diver was behind ensuring the safety of the boy.

A second mission, which rescued another four boys, commenced on Monday, July 9. Officials said the first mission lasted about 11 hours, while the second mission was two hours faster.

The third mission, conducted on Tuesday, concluded with the rescue of the final four boys and the coach.

Thai authorities have said the boys have stayed "good and happy." They have had to stay away from their parents and other people for fear of infection. Parents were allowed to visit, but have had to keep their distance.

The boys who were initially rescued asked for basil fried rice, but doctors are instead feeding them soft foods like Congee, a Chinese rice porridge.