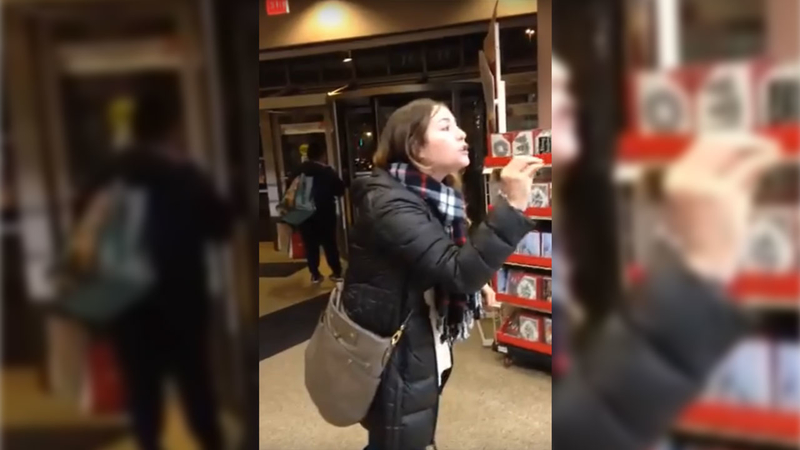 CHICAGO -- A customer's racially-charged tirade inside a Chicago Michael's craft store was captured on cell phone video and quickly went viral, sparking an investigation by the store.

The rant was laced with profanity, insults and homophobia. The woman addresses the employees and customers at the store, at times yelling, for nearly 20 minutes. Jessie Grady videotaped most of it on her iPhone.

"The situation got so out of control, and the thing is people need to see this," Grady said.

Grady posted the video on YouTube, and it's already been seen by well over 2 million people in just a couple of days.

The argument began between the woman and a store employee, apparently over a $1 reusable shopping bag. Eventually, she directed her ire at the store manager, who is not seen in the video. The woman claims she was being discriminated against and that the video doesn't show the whole story.

"I just thought it was disgusting, I wanted someone to take her out of there," said Martha Spalding, a customer who was there.

"She wasn't seeing these people as human," Grady said.

A spokesperson for Michael's said the company is still investigating the incident and added in a statement, "We regret that our customers and team members were affected by this unfortunate incident and are grateful for the leadership of our store team in working to resolve it without further escalation."