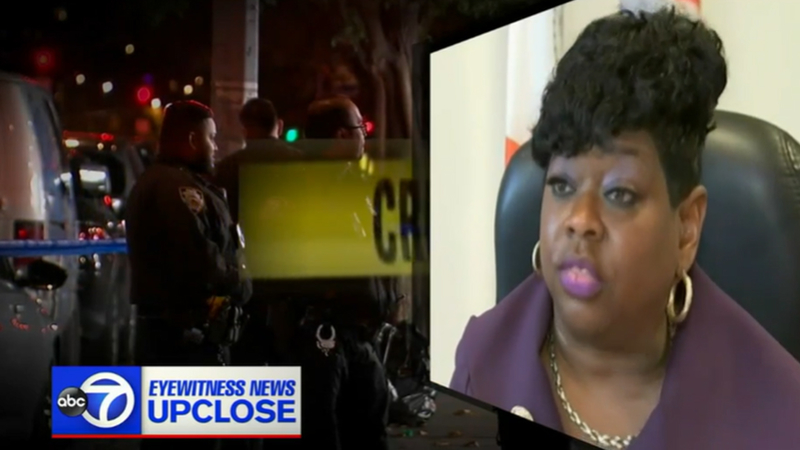 NEW YORK CITY (WABC) -- In this episode of Up Close, the Bronx district attorney details her push for tougher laws for 16 and 17-year-olds arrested for gun violence.

The Bronx has been feeling a surge of gun violence and gun insanity like no other borough of New York City.

Bronx District Attorney Darcel Clark joins us to discuss how she plans to curb the shootings.

Also ahead, before Eric Adams ran for mayor and won -- and before Public Advocate Jumaane Williams announced a run for governor, we had a candid sit down interview with the two men last year.

It was lively discussion about their solutions for the challenges that face the youth in New York City, especially kids of color.

Both weigh in on how to prevent setting our children up for failure.