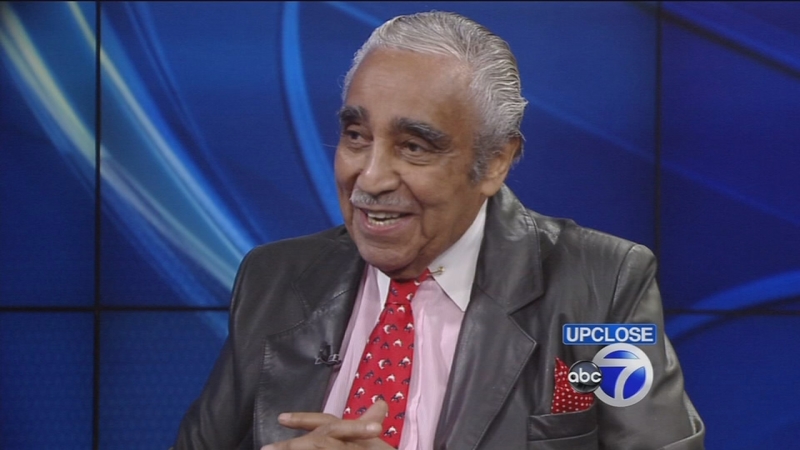 NEW YORK (WABC) -- President Obama has tried to reassure the country after the terror attacks in San Bernardino.

But calls are growing louder to put more American ground troops in Syria. Is that really the answer?

We ask long-time New York Democratic Congressman Charles Rangel, who is now halfway through his last term in the House.

Rangel still has a year to go before he retires. He is the dean of New York's congressional delegation, founding member of the Congressional Black Caucus, and first African-American Chairman of the House Ways and Means Committee.

He's had his share of victories, and setbacks and mistakes as well.

This is not an exit interview, it's a 'what's happening in the country' interview.

Also this week, what a historic year in U.S.-Cuba relations.

Diplomatic ties broken more than half a century ago were restored last December.

Now Americans can travel to Cuba relatively easily. While the U.S. embargo continues, trade is beginning.

So what has really been accomplished?

It costs American taxpayers upwards of $80 billion a year to run the jail and prison systems in this country.

In New York State, it costs about more than $60,000 to house and feed a prisoner every year.

But what do we get that for money?

Many think we have a broken criminal justice system, not just the prisons, but all of it.

I recently asked a man of the system, retiring Chief Judge Jonathan Lippman, why he is retiring.
EMBED More News Videos

Plus, a final word about our great friend and colleague Diana Williams.

This is her show. And we think of her and her family - and the year they've had.

Her son Nat's horrific accident that left him with a traumatic brain injury.

She has been a rock here at Eyewitness News, and especially for her family.

We salute her - her love and her true grit.

And wish her and her family nothing but the best this coming year.