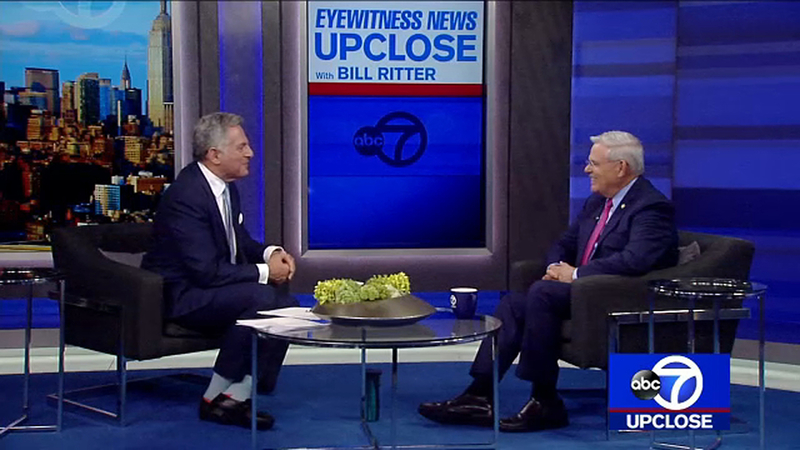 NEW YORK (WABC) -- On this week's edition of Up Close, we begin with Senator Bob Menendez of New Jersey, the leading Democrat on the Senate Foreign Relations Committee.

We'll discuss the latest on the impeachment inquiry against President Trump, and the president's unilateral decision to pull US forces out of Northern Syria.

That decision leaves the Kurds, who fought bravely against ISIS alongside American troops, now exposed to attacks by Turkey.

The last time the president said he was pullnig troops from Syria, his Secretary of Defense James Mattis resigned.

Even many Republicans are furious, at a time when the impeachment showdown is in full swing.

Also this week, the 75th annual Columbus Day Parade is set for Monday. It will be broadcast live on WABC-TV.

Joining us to talk about the parade are Marian Pardo, President of the Columbus Citizens Foundation, and the Grand Marshal, Massimo Ferragamo.
EMBED More News Videos