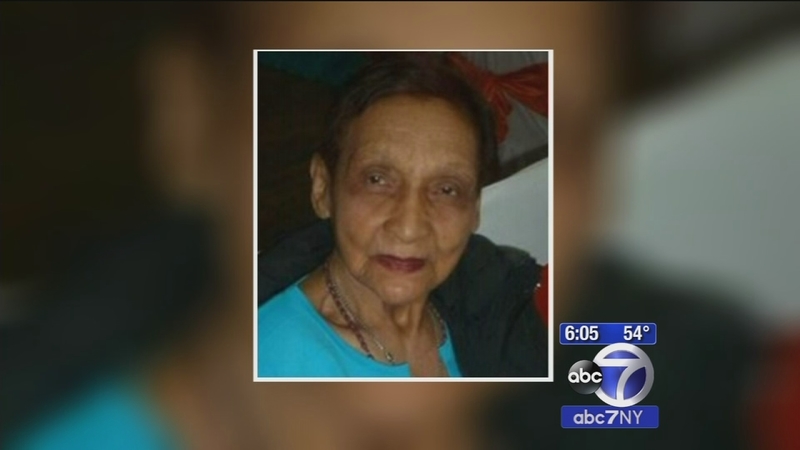 UPPER WEST SIDE (WABC) -- 88-year-old Louisa Rosario was known as the 'grandmother of the neighborhood' - residents on the Upper West Side say everyone around knew her, and would see her almost every day. They say every day she had a beaming smile.

The workers in one hardware store say they had just seen her hours before she was struck and killed on the intersection of 109th St. and Columbus Ave, only a few steps from her home. There is now a growing memorial at the back entrance of her building.

Rosario was crossing the intersection around 12:30 Sunday morning when she was struck by a cab that was making a right turn. Police say she was in the crosswalk when it happened.

Friends say they last saw Rosario around 6:30 Saturday night, and they were laughing and joking. They had no idea it would be the last time they saw her.

"A good woman everybody knows in the whole community. I'm talking everybody. Blacks, Hispanics, Moreno, Caucasians, everybody. Because she gets along with everybody," says Luis Inoe, "she comes here in the morning, chills with us for a couple hours, then does her rounds, walks around a little, and then she goes home.

"If you needed a plate of food, she would have a plate of good for you. And she was everybody's loved one. I've known her since I was a kid. I'm already in my 50s, but she's known me since I was a child," says Elvin Garcia.
The cab driver was arrested, and charged with failure to yield to a pedestrian. He remained at the scene.

Rosario is one of three pedestrians who have been fatally struck crossing a New York City street since Friday, the 11th fatality since last week.