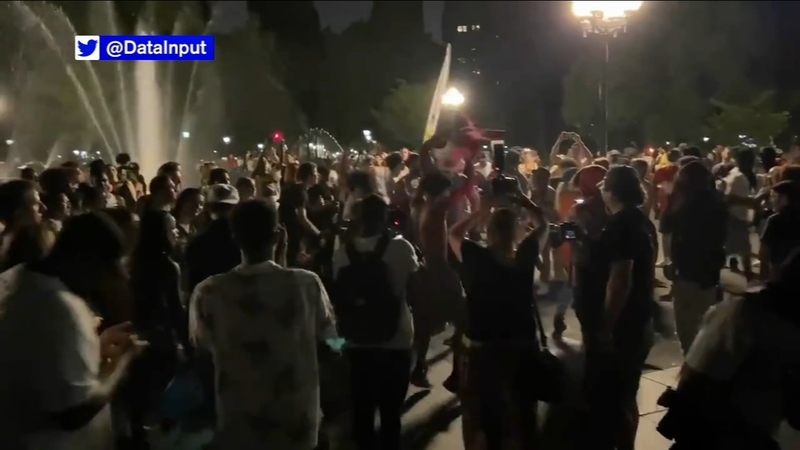 GREENWICH VILLAGE, Manhattan (WABC) -- There are concerns at Washington Square Park after several assaults have happened overnight. Now, the 10 p.m. curfew that was set last weekend is no longer being enforced.

There is no answer as to why the curfew is no longer in place, but some say the move has opened the door for more criminal activity.

Washington Square Park is a park plagued with problems - from late night parties, loud music, drug use, and resistance to police enforcement.

The park is now back open at all hours, allowing for more crimes. Just overnight, multiple ambulances were on the scene after a fight, assault and a stabbing.

"As it gets darker, we are going to make our way uptown," said Brian Guttman.

Guttman, who moves his family to the Upper West Side is glad he did.

"I think people are scared to do the right thing sometimes now," he adds.

Last week, 23 people were arrested, and eight officers were attacked after a mob resisted the curfew.

"We set a deadline and that's what we're doing for a limited period of time. And people try to resist that deadline, and in fact, commit acts of violence. Of course, the officers have to respond," said Mayor Bill de Blasio.

The City Parks Department says they are working with police to find the right balance of enforcement against illegal and after-hours activities.

"It would be great if they can keep it open and have a little more police presence," said Michaela Roberts.

Now, the Parks Department says their focus is to reduce large crowds and large noise. They are now closing the park at midnight.