2 children, 1 with autism, among dead in Wallkill murder-suicide 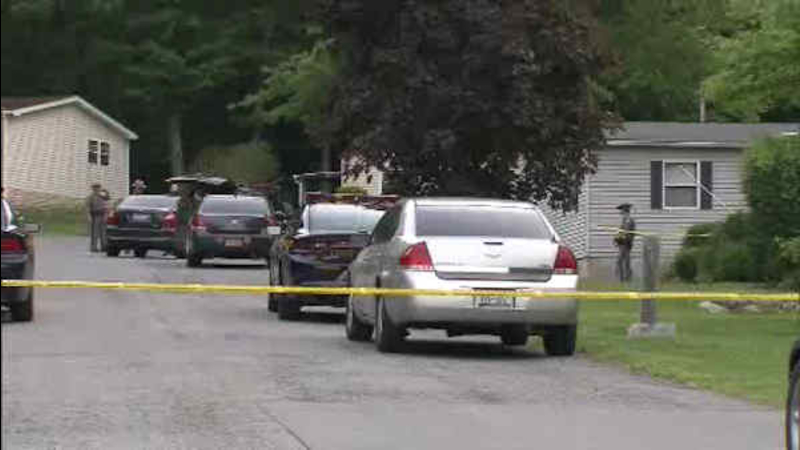 WALLKILL (WABC) -- There were no explanations yet Friday morning after three people, including two children, were found dead in an apparent murder-suicide in a mobile home park in Wallkill.

The discovery was made Thursday at Valley View Mobile Home Park on Fifth Avenue, and Wallkill and New York State Police were investigating.

The town supervisor confirmed that the father, a former Newburgh police officer identified as 48-year-old John Casullo, fatally shot his two kids before turning the gun on himself.

Area residents are numb after the incident, and even more heartbreaking is that their mother apparently discovered the bodies. Police say the children each suffered a single gunshot wound to the head while they slept.

Neighbors said the family moved in about 20 years ago and that the father was a retired Newburgh cop who was now a stay-at-home dad to the couple's 12-year-old daughter Kathleen and 8-year-old son James, who had autism. They say the children rarely left the home.

"The blinds were never open in the house, and that's just the way John was," neighbor Jean Stevens said. "What went on behind closed doors, I don't think anybody will ever know. I really don't. I think John took it with him to where he is now."

Neighbors claim Social Services was called to the homes several times in recent years, but Eyewitness News has not been able to confirm that through the agency.