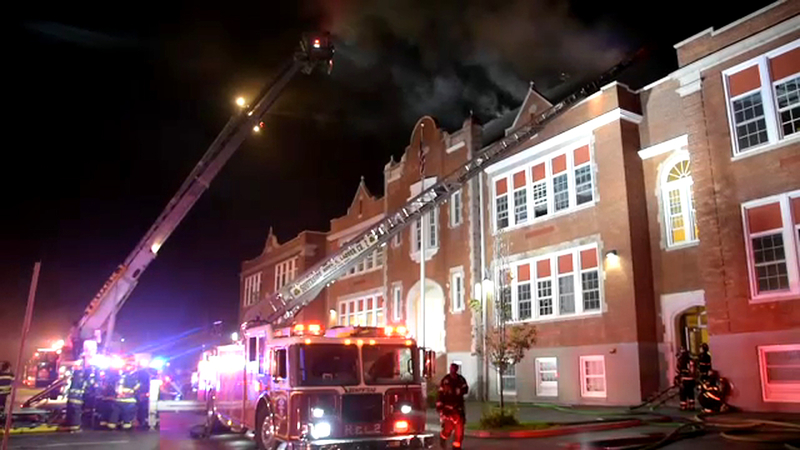 Officials said the fire tore through Prospect School in Hempstead after a lightning strike on the roof of the building.

The entire top floor of the building is strewn with ash, water and debris. Water damage is throughout the lower floors.

The school district's acting superintendent Regina Armstrong said the district is working as quickly as possible to ensure the school will be open September 4 for its nearly 600 kindergarten and pre-K students. She said restoration work is already underway.

"We're full steam ahead," she said.

"We have to ensure that the school is safe for the students. That is our main concern," said LaMont Johnson, school board president.

Assemblywoman Earlene Hooper said she has already reached out to the New York State Education Department and the governor seeking fiscal assistance.

Strong storms Tuesday night caused damage all over the Tri-State area, and three people were struck by lightning in Queens.