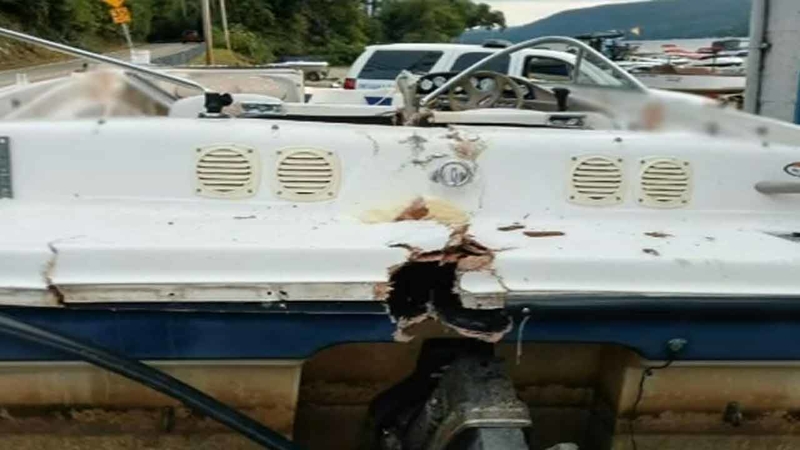 WEST MILFORD, Passaic County (WABC) -- A man has been arrested and charged in a deadly boating hit and run that killed a 72-year-old man and injured three others in New Jersey in 2016.

New Jersey State Police on Thursday arrested 44-year-old Shawn Kelly, of Paramus, as a result of a 23-month-long cooperative investigation with the Passaic County Prosecutor's Office.

The boat crash happened on Greenwood Lake in West Milford Township on September 5, 2016, when authorities say an 18-foot Bayliner boat owned by Edwin Lane, of West Milford, was struck by another boat that fled the scene after the crash.

Edwin Lane later died as a result of injuries on October 8, 2016.

During the course of the investigation, it was determined that Kelly was alone on his boat, a 20-foot Wellcraft, traveling along the same path and direction as the victim's boat on the evening of the crash. Kelly allegedly struck the victim's boat before immediately leaving the scene.

A subsequent accident reconstruction analyzing the damage to both vessels confirmed that Kelly's boat was the hit-and-run vessel. Additionally, damage to Kelly's boat was consistent with the corresponding damage sustained by Lane's vessel.