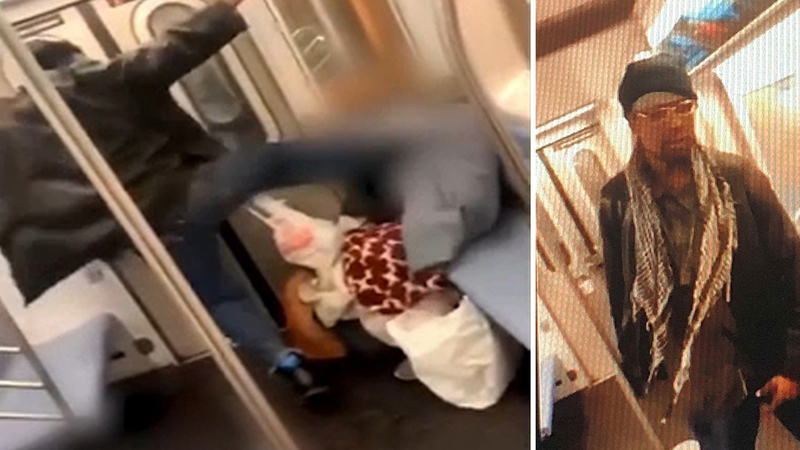 WAKEFIELD, Bronx (WABC) -- Police are searching for a man who was caught on camera attacking an elderly woman on a Bronx subway train.

It happened just after 3 a.m. aboard a northbound 2 train on March 10.

Authorities say the man in the video kicked and punched the 78-year-old victim in the face and body, causing her to bleed.

The woman was on her way home and didn't attempt to fight back, according to police.

The suspect then got off the train at Nereid Avenue, while the victim stayed on the train for one more stop.

She did refuse medical attention for her cuts and bruises when the train pulled into the 241st Street station in the Wakefield section.

Officials say that equally as troubling as the incident is that no one else on the train attempted to help the woman during the incident. Instead, several of them recorded it on their phones.

The suspect is described as a black man around 40 years old, approximately 6 feet tall and 180 pounds with a black goatee. He was last seen wearing a black jacket, black knit cap, long black and white checkered scarf, metal framed glasses, and black pants.