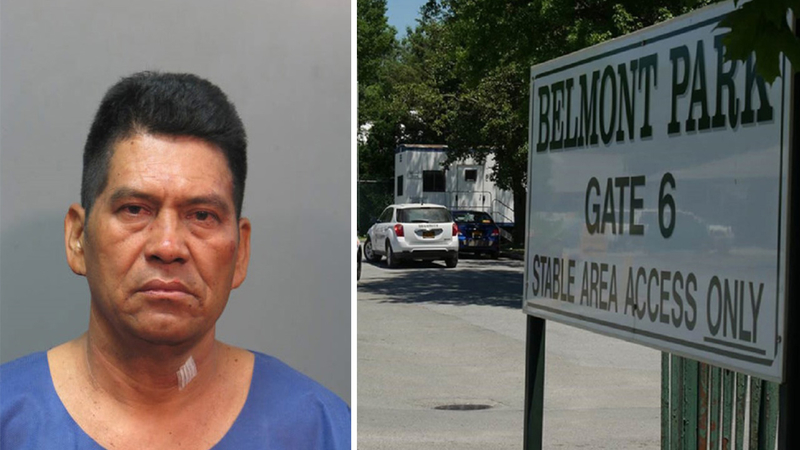 ELMONT, New York (WABC) -- Authorities say a man is in custody after a woman was fatally stabbed on the grounds of the Belmont Park racetrack Sunday morning

At about 6:30 a.m., police received a 911 call of an injured female at the track in Elmont. New York Racing Association security reportedly became alarmed when they observed a loose horse.

She was taken to an area hospital, where she was pronounced dead.

The circumstances that led to the stabbing are not yet known, but the victim's ex-boyfriend -- 53-year-old Jose Franco-Martinez -- has been arrested and charged with second-degree murder.

The victim is what is called a "hot walker," who cools down horses after a training session.

Belmont Park is home to the Belmont Stakes, the third and final race that makes up horseracing's Triple Crown.