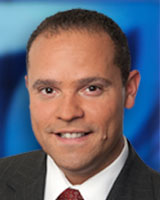 A confrontation between a moped driver and Yonkers police caused quite a stir after being caught on video in front of a juice bar co-owned by Styles P. Marcus Solis has the story.

YONKERS, New York (WABC) -- A confrontation between an unlicensed moped driver, claiming to be a food delivery worker, and police in Yonkers is causing quite a stir after it was caught on body camera in front of juice bar co-owned by a popular rapper.

The version posted to social media has the hallmark of other notorious interactions: two white police officers in a struggle with a Black person they are trying to arrest. That person is Bianca McCovery.

"After he slammed me on the floor, he check my bag, threw my stuff out my bag, checked my pockets, he wasn't supposed to do that," McCovery said.

The incident has gone viral in part because it happened in front of Juices for Life, a smoothie shop in Yonkers owned by hip-hop stars Jadakiss and Styles P, who was seen in the video angrily confronting the officers.

The incident occurred Monday afternoon when McCovery was picking up an order for Uber Eats, but police say she was observed driving the gas powered moped erratically before parking on the sidewalk.

The officers' body worn camera footage showed them asking the 34-year-old for her license and registration, which she said she was looking up on her phone. Then, McCovery makes a run for it.

McCovery is then wrestled to the ground, a tactic the police commissioner says he has no problem with.

"I might have been wrong from walking away from him, but he never told me I was arrested until he had me down on the floor," McCovery said.

But at one point, McCovery seemingly admits she didn't exactly walk away.

For his part, Styles P said he regrets berating the officers, but took issue with their aggressive approach.